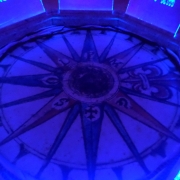 The EUR/GBP has been on a tear. The pair has gained over 800 pips since the start of December of last year. The EUR/GBP is now up in all of the past three months. The trend, as shown on the chart below, is unmistakeably up.

But cracks are already starting to show. First, after reaching a high of 0.7896 on February 11th, gains have been luck-luster. We are currently quoted at 0.7814, below those highs. Furthermore, the daily RSI peaked in late January and has since started to trend down, as can be seen below.

I think this divergence will initially result in the pair breaking lower. Since the start of this week the pair has dropped 83 pips to a low of 0.7790. But ultimately the EUR and GBP have historically traded in tandem. The two economies are closely tied and the strong trend since last December will act as a counter-balance to the currently over-bought market. Short-term sell, longer-term buy, resulting in neutral stance for April 1st.
Translate to English Show original Toggle Dropdown