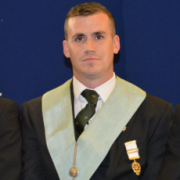 The pair trend is bearish in daily time frame. Vital resistance is present at weekly close. In past few trading days, price has completed possible bearish impulse Wave-A and moved up.
Based on Elliott wave analysis, I now expect price action to print bullish Wave B. The trend is bearish and a good idea is to look for a sell trading chance to join the down trend after the end of bullish Wave B leg in current time frame or smaller time frame targeting 0.8790.
However, if bullish candlestick closes above the critical resistance level then down trend is going to end. The pair is at an interesting level as we’re currently at the top end of what to me is a major level of support. If you look at the ebbs and flows on the daily chart you’ll see that we’re approaching the previous outside return retracement and a violation of this level would cause a rotation in trend.
For that reason I expect the bulls to be on the defensive fighting hard not to give up that area.
Technically this is an at market buy right now as we’ve double bottomed at the zone, due to the retest of structure on the peak, I’d like to see a push lower to 0.8790.