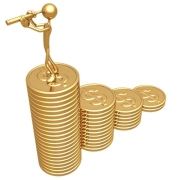 The GBPUSD pair recorded marginal gains for the second consecutive session yesterday and closed at 1.2448, following a high at 1.2495. At present, the daily momentum oscillators are treading water around their midlines, reflecting at a neutral technical outlook. Meanwhile, the 4H & 8H momentum oscillators are placed just above their midlines, indicating at the presence of mild positivity in the pair. Key near term resistance is situated at the 1.2468/70 level, followed by the 4H upper Bollinger band (currently placed at 1.2495) and 1.2512/15 levels. A break above the latter might change the main trend to bullish. On the other hand, key intraday support is placed at the 4H 50SMA (currently trading at 1.2426/25), followed by the 1.2401/00 and 1.2277/45 levels