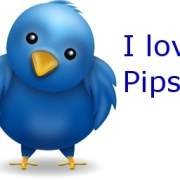 The GBP/USD has corrected sharply after trading inside its horizontal as visible in this daily chart (H4).
This currency pair is now trading inside its horizontal support level
which is marked in blue in the above chart. We expect the GBP/USD to
rally higher and back into its horizontal resistance zone which is
marked in red.
Indicators: MACD RSI
MACD indicates that momentum is improving, but it remains in bearish
territory. We expect the histogram as well as moving average to approach
the centerline during the expected move higher. RSI is trading in
extreme oversold territory and a breakout should initiate the rally.
Current Level :1.5354
GBP/USD is actually at strong bullish trend.
Pair has low volatility with average range about 300 to 500 points.
Pair was much stronger than second last few weeks.
Pair will be stronger as second.
Pair will be 250 to 450 pips higher than actual price at a deadline.