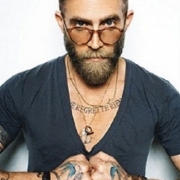 Since beginning of 2013 when EUR/GBP has made the final swing high at 0.8800 level we have been trading in a steady way to the downside. Based on Elliott Wave we can count 4 waves of major degree and currently we are in the stage of developing wave IV. Usually based on Elliott Wave principles wave IV can take shape of big consolidation zone, a pause in the trend before the last and final low and the cycle to be completed. Right now wave IV is developing between the 0.7000 big round number and the end of wave III, and 0.7380 resistance zone and most likely the top of wave IV.

Forecast: Based on Elliott Wave and my projections we should see an exchange rate for EUR/GBP of 0.6913 for 1st of October 2015.