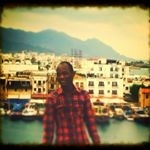 All of us would want to be able to beat the market at its game. I set out to study the patterns of candlesticks on any currency pair and I realized that on the one minute candlestick or any time-frame of candlesticks, you will never find twenty consecutive candlesticks without having at least two candlesticks of the same color coming right after each other. I then started to think of a way to figure out how to profit from that proven fact.And the answer was, the martingale system. Yes you heard me right, the martingale system. Don't go away yet, read on and see how you can do it at the same time eliminating risk.
As you can see on the image,the market most probably continues in its direction as the famous quote says, "The trend is your friend." The probability of having two green candlesticks coming one after the other is greater than the probability of two consecutive candlesticks with different colors. When I carried out my research I realized that at most, only ten consecutive candlesticks followed the pattern red, green, red green or vice versa. That is what made me come to the conclusion of a twenty candlestick system as that pattern can never be found over twenty candlestick…