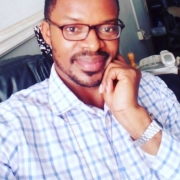 
BACKGROUND
Although, the US Central Bank left rates on hold, last week’s EUR and GBP rally against the greenback suggest the doom caused by the FOMC members median projection of rates that was cut by 50bp, leaving just two possible hikes for this year, pretty much taking out of the table any kind of announcement until September.
Over the past two weeks, the imbalance between the FED and the ECB kept widening, which means that sooner or later, the USD will outperform the common currency. However, does this sentiment imply that the rally may continue? All fingers point towards it. Consider the uncertainty surrounding the pace of rates hikes in the US and the ECB’s projection to effect easing later this year, one may only agree that the greenback may really have been doomed.
Does the 2016 composition of the FOMC members in which case they are always inclined to take a DOVISH stand portend doom?
See for yourself:

The past days have seen continued market volatility after the FED's dovish-hold on Wednesday last week, in which the FOMC decreased their expectation for hikes this year from 4 to 2. Notably, USD weakness has been a prominent theme as traders have sold out bullish-USD on t…