This can broadly be considered as unexpectedrisks, and yes these occur in G7 majors, but are much more prevalent in
the EM world due the rapid expansion of their society - these can range from political risks to rapid changes in the structure of the economy. But furthermore we know that due the lower liquidity seen in these pairs that small
shocks can result in large price changes and so if one is to trade EM's they need to be familiar with the calendar of macro indicators which is somewhat harder to come by than those for G7 nations.
Undoubtedly, fundamentals and money flows aremore impo…

Introduction:The Australian Dollar is perhaps one the most popular pairs for traders, its nature is fairly simple and provides good opportunities for scalpers and swing traders alike. Crucially in this world with no yield, AUD can pocket you ~3% a year, great for some investors.Because of this yield, the AUD is very prone to changes in risk sentiment and therefore on an intra-day basis is highly correlated to US and European Stock indices. However, the most alarming thing about this pair is the lack of activity in recent weeks, especially since the start of October where the average Rate of Change has been under 1% per day. This compared with the same time last year where there were times of +2% per day.Long Term:As shown here, AUDUSD is at a crucial checkpoint, as in the next few days to weeks the Aussie will breakout and set the trend for the next 6 months or so. While technically the trendlines are neutral there is a bearish divergence suggesting there is a greater chance of a downside move. However this is entirely subjective to the moves that will be see is US equities. More so a member of the Reserve Bank of Australia (RBA) has said this;RBA John Edwards - " The currency is m…

Introduction:This article is all about bonds and in general the fixed income markets. To start with, a bond is effectively an IOU from one person to another. There is a legal obligation from the issuer to repay the investor. If this is not fulfilled the issuer default on his debts.Components:There are many components in bonds that you should be familiar with, even when it comes to trading Forex. Firstly;Principal : Also commonly known as the Par value is the value that the issuer will have to pay back to the lender upon maturity. This ranges from $1,000 to $100,000 depending on the type of bond. This is also commonly the same value that the investor lends to the country or corporation.Price : This aspect changes just as the price of a stock would, upon issuance price is normally  100. Throughout the life of the bond this price may vary due to demand for the bond. Any price above 100 is seen to be trading at a premium and anything below is at a discount. Normally it is quoted as the "clean" price, or the price without any interest that has accrued. If there is a $10,000 bond and the price falls from 100 to 90, it costs you $9,000 to buy an IOU for $10,000. This means that if you hol… 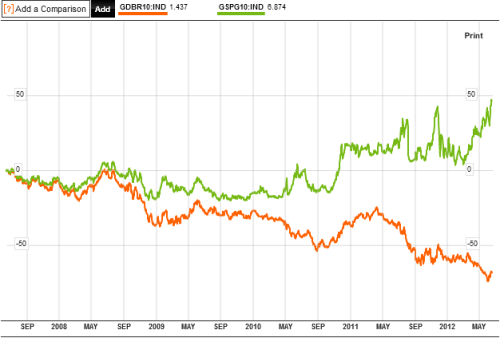