Although this week may have been a good rally week for the dollar, the medium-to-long run factors could divide a solid base of fundamental strength. The number one factor stemming from the employment situation. Due to some favorable economic news overall, an increase in interest rates, and geopolitical stability with a campaign in Syria, things are currently looking up for dollar bulls, but something worth pointing out are the multiplier effects able to contort the U.S. and world economies in the medium-to-long run.
In a previous article, "Mixed Signals For The U.S. Dollar" , I had pointed out some visible disparities for policy making, pointing to choppy trading for the dollar in February and March of this year.
This disparity in policy making can be seen clearly with increased government spending, versus a protectionist stance in trade. On one hand, the economy gains from increased government expenditures; but, on the other hand, the economy suffers a loss from decreases in net exports.
Well, in this article, I argue that these disparities will result in a dramatic divergence in calculating overall averages for GDP growth. When I say dramatic divergence, I do mean an extreme divi…
Read article
Translate to English Show original Toggle Dropdown

On the first Friday after the month ends, two important news release by Bureau of Labor Statistics. One is unemployment rate and the other one (the more or perhaps the most important one) is non-farm payrolls (NFP). NFP accounts for a majority of overall economic activity and show changes in the number of employed people during the previous month, excluding the farming industry. Unemployment rate is an important signal of overall economic health and it is Percentage of the total work force that is unemployed. In this article, I try to show the influence of these indicator on USD index return based on portfolio analysis.
Portfolio analysis,
portfolio analysis means that NFP & unemployment rate data are sorted into 10 portfolios from lowest to highest separately and USD index returns of each portfolio are examined for evidence of anomaly;. Portfolio analysis intuitively, clearly reflects the picture of how returns vary with the characteristic variable; however, with this method it is difficult to conduct multivariate tests and difficult to test the functional form. In the picture below, basket is NFP or unemployment rate and eggs are USD index return.
In this researc…

The highly anticipated FED tapering over last months is taking shape with economic data, markets will prepare for the same. The
economic data which indicates economic health is analysed below. Strong numbers from various economic indicators would be deciding factor for FED’s Taper/ No Taper.
The key, critical economic indicators for analysis of any country economic health are
GDP growth rate
Unemployment rate
Inflation rate
The supporting economic indicators to boost further confidence in country economy health are
Current Trade Balance
Retail Sales
New home sale.
FED’s purchase program of USD 85 million per month has to end in coming months, it is interesting to make a note how it will come to end, either reducing pace or at one go both the possibilities are possible.
We will take a look at all the above key as well as supporting indicators to analyse the current situation of US economy.
GDP Growth Rate

GDP growth rate is on rise since beginning of year 2013, it has rose from 0.1 to 3.6% indicating a strong recovery is on the way, next
couple of months it should stabilize.
Unemployment Rate
Unemployment Rate is decreasing on steady basis since Jan 2013, strong jobs market is sig…

This trade was executed as part of a methodology of identifying and aggressively trading short-term movements across the currency market. More precisely, it involves targeting high probability 100- Pip opportunities in the direction of the weekly trend for each currency pair using key Candlestick Patterns and Signals across time frames. Each trade is held for no more than a day and a half, ending before the close of the trading session the following day at 5 00 PM EST. An average Stop Loss of 40 Pips is used when entering each trade, giving a Risk-Reward Ratio of 2,5 on average for each 100-Pip trade. It is somewhat of a middle ground between Day Trading and Swing Trading as it targets a range that is similar to the average Daily Range of the most liquid pairs (70- 120 Pips), but takes place within the context of the larger 7-day Weekly Trend (300 – 500 pips). SUMMARY OF THE TRADE- APRIL 17, 2013 Ø This trade involved anticipating Bear Crown formations on both the 4 Hour and Daily Charts, within the context of the pullback taking place below Support of the Weekly Chart´s Range. Ø The trade setup on the 4H Chart was the expected formation of the Right Tip of the Crown after the…

Introduction: QE stands for Quantitative easing, A tranche of Monetary policy employed by Central Banks to Lower interest rates and in turn boost the economy. In short, this is achieved by the New money being used to buy financial assets likes bonds or Mortgage backed securities (MBS) which with a rising price forced on by the relentless buying will force the yield lower. A great article explaining more about QE can be found here by Scramble. This method has been used a handful of times in economic history, notably by the Bank of Japan a decade ago when they faced the possibility of a Keynesian liquidity trap and deflation. However in the last 5 years it has been used by the US, UK, and the Eurozone. In the US, there have been 3 rounds of QE, it first came about right after the financial crisis in late 2008 at which point the Federal Reserve started purchasing MBS’s. Alongside cutting the base rate to almost zero, it increased its balance sheet by around $1.4 Trillion. Then in late 2010 it came out with QE2 with an aim to buy $600 Billion of treasuries. Most importantly is in the last few days – 13th September – the Federal Reserve announced “QE3” "To support a stronger economic… 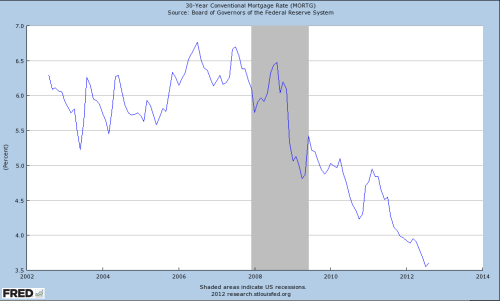 INTRODUCTION While the whole world's attention is about a possible Greek default, Spain's debts and about US QE3, I moved my attention in something else: ITALY.This article is a photograph of actual Italian economic and political situation to give a summarized overview in one of the most important European countries, and eventually understand what could happen in the near future. OVERVIEW Basically, Italian economy is driven by manufacture of high-quality consumer goods produced by small and medium sized enterprises (most of them are family owned). This is true in northern Italy but when talking about southern, we find more agricultural and welfare-dependent economy, and this is one of the main factors of the current difficulties in the management of national resources, tax revenue and also the management of public expenditure. In other words, southern Italy participates to a lesser extent tax revenues, resulting in a much heavier burden on northern businesses.There is an important underground economy, estimated in about the 15-16% of GDP (I would say something more): main part of this underground activity is found in agricultural and constructions sectors but we find a good port…