Although this week may have been a good rally week for the dollar, the medium-to-long run factors could divide a solid base of fundamental strength. The number one factor stemming from the employment situation. Due to some favorable economic news overall, an increase in interest rates, and geopolitical stability with a campaign in Syria, things are currently looking up for dollar bulls, but something worth pointing out are the multiplier effects able to contort the U.S. and world economies in the medium-to-long run.
In a previous article, "Mixed Signals For The U.S. Dollar" , I had pointed out some visible disparities for policy making, pointing to choppy trading for the dollar in February and March of this year.
This disparity in policy making can be seen clearly with increased government spending, versus a protectionist stance in trade. On one hand, the economy gains from increased government expenditures; but, on the other hand, the economy suffers a loss from decreases in net exports.
Well, in this article, I argue that these disparities will result in a dramatic divergence in calculating overall averages for GDP growth. When I say dramatic divergence, I do mean an extreme divi…
Read article
Translate to English Show original Toggle Dropdown

A lot of differing signals currently exist in the markets, with much of the sentiment perhaps being a false indicator as we await a possible outcome for trade, and as quarterly earnings fill in, per equity markets. The U.S. Dollar has been battered with a need for a new trade pact and tariffs, a so-called trade war is being waged.
DAMAGED SENTIMENT
The damaging effect to the dollar has mostly given rise to a negative sentiment, possibly being buoyed by a recent increase in interest rates to the overall dollar index level.
However, the debasing of the currency itself is the real damage that could potentially keep the U.S. Dollar submerged for the time being.
THE DAMAGE
Sentiment seems to be operating on a sociopathic level where certain receptors become damaged and a flurry of signals and neurotransmitters get passed without there being any real sense-making, or true indication of actuel health or sentiment.
For example, market participants and sqwakers will always overweight one factor or another to find context or meaning to their position. In fact, they become deleterious agents in the greater complex structure of the markets.
By not gaining a co-receptor, for instance, not being…
Read article
Translate to English Show original Toggle Dropdown

Last week's market sell-off in U.S. stocks coincided an upshot in interest rates--one of the major anchor points being increased inflation expectations. Although the recent economic forecast from the Atlanta Fed points to economic growth at 5.4%, there's reason to believe that inflation expectations are greater at the rate that we're going.
Whatever the cause of the selloff is, the scenario bodes well for the U.S. Dollar in the near term. This could create a scenario for a relatively stronger dollar as we race back up to the top.
Important to note, the EURUSD has been tumbling down, due most likely to overall market fear. In this scenario the market would eventually get back on course, as the Euro has obstinately stayed on an upward path.
GOVERNMENT SPENDING VS. NET EXPORTS
There are some significant factors to be wary of; such as, re-establishing trade in North America, and relative weakness in the U.S. economy. With the isolationist stance in America, it's hard to know if the U.S. will get back on solid footing to increase net exports, one major component to the GDP equation. Yet, there is increased federal spending. By passing the ever increasing defense spending bill this amoun… 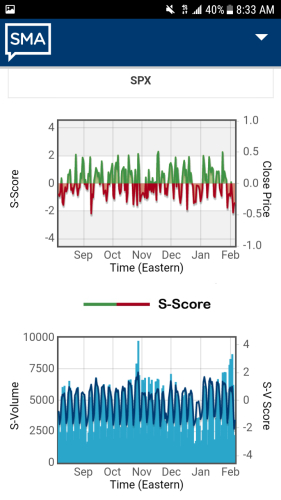 Although the Euro had a hiccup with some profit-taking early in the week, there has been a sustainable rally sense and it looks like it will end the week higher. This is in light of the fact that economic sentiment data was released better than expected, and retail sales from your roll and came out better than expected as well.
There is a very good explanation for this profit-taking, the reason being, when economic news comes out better-than-expected coupled with sentiments data coming out better-than-expected that's indicates that perhaps the price needs to fall if it is in fact up.
Granted, economic news is a leading indicator, while sentiment is a lagging indicator, so when both are coming out better-than-expected that's most likely a time for profit-taking. This reason is a perfectly logical explanation, because sentiment does not affect the equation for GDP, when sentiment is coming out greater than expected, the markets will autonomously discount that factor. And, because markets are already up, it is a perfectly good reason to take profits because sentiment does not simply supply any greater factor for GDP.
Now, there's been some suspicion, with the price fall out in the U.S… 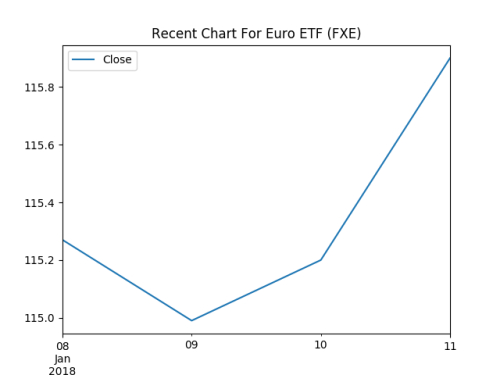 U.S. financial market has recently experienced great difficulties, is still not resolved the main causes of the ensuing global financial crisis, the level of U.S. public debt is increasing every year. Due to political decisions, the issue of state debt was pushed back a year, but a new "ceiling" of the U.S. may come as early as mid-2012.     All this can not affect the state of the currency market the U.S. and its national currency. Many financial experts tend to lose the status of the dollar the world reserve currency, in particular, Marc Faber, a major American investor, advised to switch attention from the American to Australian, Canadian and Singapore dollars. George Soros is also leaning toward the possibility of loss of status as a global dollar unit of account in favor of the monetary unit of the International Monetary Fund (IMF).       Such changes can significantly alter American foreign exchange market and lead to recession, while the economies of developing countries, contrary to experience growth and strengthening of national currencies. This view is held by experts from Goldman Sachs, assuming that China's economic recovery will spur up commo…
Read article
Translate to English Show original Toggle Dropdown