Introduction
In continuation of previous article, I will now go further in my self-analysis to understand what is the reason of the difference in what I should be doing, and what I am sometimes actually doing. This article has to be read as I would be writing to my self, so the "you" in this case is me myself.
Indicators
As I already explained, when I started trading there was a completely naked chart with the possibility to draw some stuff like for example fibo retracements and drawings. What I need is to understand if and where I have more probabilities for a rise, or for a down move, based on recent price data.
At a certain point in history, someone decided that indicators are useful when deciding an entry. I remember that I was pretty sure people where wrong about this indeed, indicators were useful if used with certain algorithms in order to have a quicker and simpler way to read market moves. Who of you ever coded any automated strategy knows perfectly what I mean. I will explain it better with an example: I want to trade an instru…


Japanese Candlesticks, as way to represent the Price data to a particular Financial Instrument in the chart are introduced in the modern financial world by Steve Nison in December 1989 , when he published in Futures Magazine his article "Learning Japanese-Style Candlestick Charting" .

Munehisa Homma (1724-1803) born in Sakata, Japan is the father of the Japanese Candlesticks. He was a successful rice trader at the Osaka Rice Exchange in Japan. Rice was at the base of Japan's economy during that period.
Homma was reported to have 100 consecutive winning trades and was considered the God of markets. He was raised to the rank of Samurai and became a financial advisor for the government.
Homma wrote the 160 rules , named Sakata's Method . These rules form the base of Japanese candlestick patterns we know today . The “what” (price action) is more important than the “why” (news, earnings, and so on). All known information is reflected in the price. Buyers and sellers move markets based on expectations and emotions (fear and greed). Markets fluctuate.
The candlestick's names often refer to the war which was a reality of that time, for example : Three White Soldiers, Gravestone Doji e… 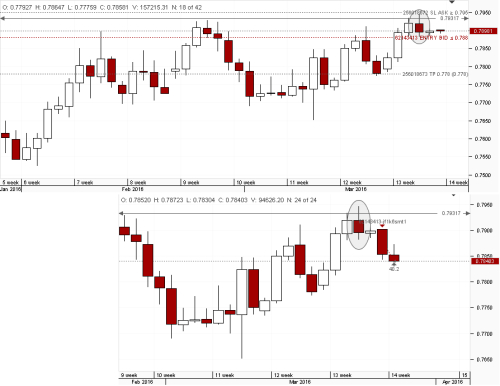 *Estimated reading time - 6 minAbstract: This is the first part of the medium term outlook for the 3 major pairs: EUR/USD, GBP/USD and USD/JPY. This analysis has three parts: the fundamental outlook , technical analysis , and the Order Flow Book Analysis (COT Charts, SWFX Sentiment Index and the Supply and Demand). Please follow my Daily Webinars in the Dukascopy Live Tv section for the Daily and Weekly Updates for this analysis."Money won't create success, the freedom to make it will." Mandela1) Fundamental Outlook.Disclaimer: Market condition change all the time and I watch the fundamentals as a trigger because sometimes the theory and the practice of the fundamentals market impact go into conflict. We can often see an important pre-news market impact.a) Unites States (USD). On Friday night, President Obama has put into action the automated spending cuts (‘sequester&rsquo . The most important question is if speculators will focus on the FED stimulus development rather than losing confidence because of the the negative economic implications of the sequester. A relief from risk aversion and downgrade potential respectively still remains in focus for the medium term.While the Feder… 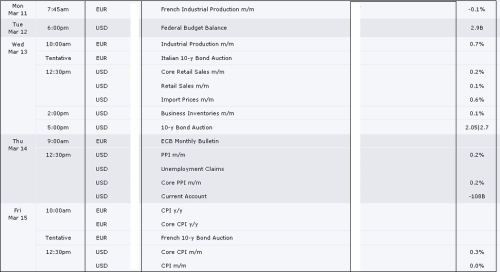