Swap means to swap, exchange. But for Forex investors it is more than just a term. Swap is a very important nuance that many investors mix and even sometimes do not realize. This concept, in fact, is the creator of the positive and negative situation in your account.
More precisely, swap is the nightly shipping costs that are positive or negative to your account because of the difference between the currency pairs you've made. That is, if you have put the high interest rate of two currencies out of the market and decided to keep the low interest rate in your hand, the cost of low interest rates will be reflected in your account at night.
… 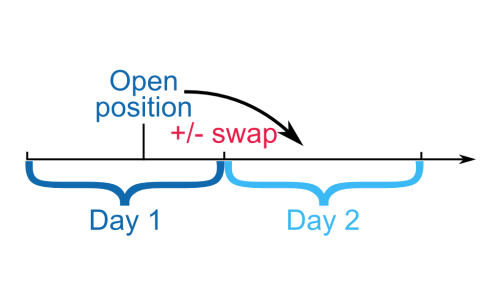 Fx Swap and Forward Market
As we all know, our positions in the FX market are liable to either a credit or a debit at the end of each trading day. Known primarily as Carry, swap or rollover the charge made to the trading account is dependent on interest rates. Before we go further, we need to understand what an FX swap is, It is the buying/selling of a spot currency pair, while simultaneously selling/buying a forward contract of the currency pair of the same value.
The FX swap market is the biggest single market in the world, taking up about 40% of the FX markets, which is by far the largest in the world by asset class
To understand the idea here, we need to know about interest rate parity, while there is a pretty basic formula, the idea is as follows. If one country has a higher interest rate than the other country in the trade, then it is feasible to suggest that I could buy the higher yielding currency by selling the lower yield one and park it in risk free deposits and receive a return, this is the entire concept of the carry trade.
However, to prevent arbitrage, buying a currency pair in the future must discount this.
As we can see above, this is the forward curve for the AUDU…