An oil production freezing deal will be discussed on April 17th in Doha, Qatar.
Oil producing countries intend to freeze production without Iran’s support, who refuses to freeze or cut its output after years of sanctions.
The current global production is achieving record highs, prompting analysts to argue that an output freeze deal might not have a real impact in the oil market. International Energy Agency data’s (chart 1 & chart 2) points to an average production excess in 2015’s 4th quarter of 2 million barrels per day.
Eva Sjekelova [1] reporting Neil Atkinson, a senior executive at the International Energy Agency:
A freeze on production is perhaps rather meaningless. It's more some kind of gesture which perhaps is aimed
... to build confidence that there will be stability in oil prices.
Oil prices have been rebounding lately from January’s lows, relying almost on production freezing intentions. A dovish Fed, a weaker dollar and tiny recovery signals from China have boosted the process. Myra P. Saefong and Jenny W. Hsu [2] on China's oil consumption:
In February, China’s crude imports rose nearly 25% on-year to 31.8 million metric tons, equivalent to roughly 8
million barrels a day
[/2][/1]…

The fall in the price of oil has been a major talking point over the past eighteen months. With oil at the centre of global economy, a continued fall in the price of oil may have detrimental effects on oil producers, whilst the economies of heavy oil consumers may receive a much needed boost.
This article looks at the outlook for Brent crude in 2016, with particular focus to the fundamentals that are likely to drive the pricing of oil.

The Oil Price
In June 2014 the price peaked at 115.68, and has been plunging ever since. Fig 1 shows the price of crude oil, over the past five years.
Fig 1: Weekly chart of Brent crude
With nothing seeming to put an end to the decline in the oil prices, the beginning of 2016 posed new challenges to the price of oil which saw the price plunge to new lows in the 30s. The major question that most people are asking is how low can the price of oil go?
FUNDAMENTAL ANALYSIS

The starting point in the analysis is answering the question, “How much does it cost to produce a single barrel of oil?” Fig 2 below shows the median estimates for the all-in production cost (this includes the cost of discovery, extract… 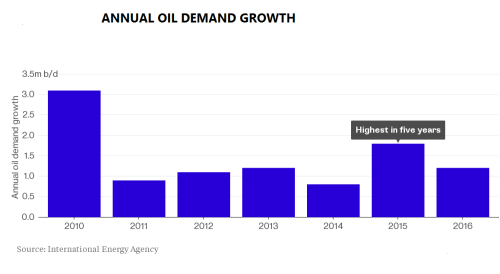 
During my research, in preparation for an upcoming webminar, I recently stumbled upon a very interesting fact about the CADJPY currency pair. This article is aimed at shedding more light on the pair in question, and also to help spot trading opportunities during periods when commodity prices are trending.
Before I begin, it is necessary to get some basic understanding about the economic forces surrounding the two countries in question: Canada and Japan.
CANADA
Canada is easily one of the wealthiest nations in the world. In the year 2014, the country had a Gross domestic product (GDP) of $1.992 trillion, and this figure has gone up with its 2015 estimated GDP.
By its GDP, it is among the top 20 largest economies in the world.
Source: www.wikipedia.org
http://en.wikipedia.org/wiki/List_of_countries_by_GDP_(PPP)
The country has a large manufacturing sector, with its primary focus on the Automobile and Aircraft industry. Some of the country’s export goods include air-crafts, motor vehicles and parts, wood, pulp, industrial machinery and petroleum.
According to the International Energy Agency (IEA), as at April 2010; Canada was the sixth largest producer of oil in the world.
With ov… 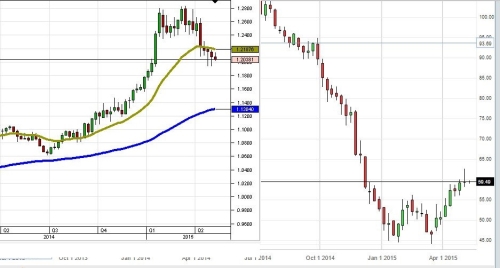 
Introduction
Oil had a roller-coaster year in 2014 with prices dropping to multi-year lows. If the story were to be dramatized, ‘How the mighty has fallen’ would be a perfect title. Unlike other commodities, oil has a great influence on the global economy as it is a key component in all the sectors.
This article looks at the story behind the oil price fall and how the low oil prices have impacted the global economy.
Oil Price History
Fig 1: Historical prices of crude oil
Fig 1 shows the historical prices of crude oil from 1946 to date exhibiting huge swings. The volatility in the price can be explained by key events in history.
… 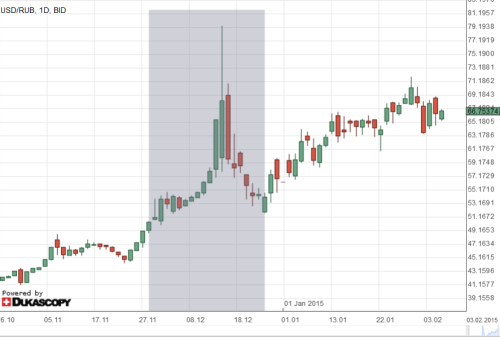