The unity of this article is to point out the similarities between large market selloffs in different timeframes in FX markets.I will try to inform you,the reader,common features of these events,a ‘sixth sense’ understanding of them,and to make sure you profit the most out of them.
Do these charts look familiar to you? Do you see any resemblance in them?
People say history doesn’t repeat itself,but it tends to rhyme.That is what happens with moments I like to call price waterfalls.A price waterfall is a continuous selloff of the markets usually as a result of a change in fundamentals,although multiple factors are involved.Price waterfalls are not a feature of only one market i.e they come in different shapes and sizes,but they behave in a similar way.It is a strange thing to say that markets ‘behave’.We need to consider that people are participants of markets and their behaviour reflects market prices.Therefore people’s behaviour in deteriorating conditions hasn’t changed much during the years.After all,large profits can be made during large selloffs.
What do these events have most in common?Lets have a look at them.
PHASE 1: A top
A top is a process,not a bar on the chart and… 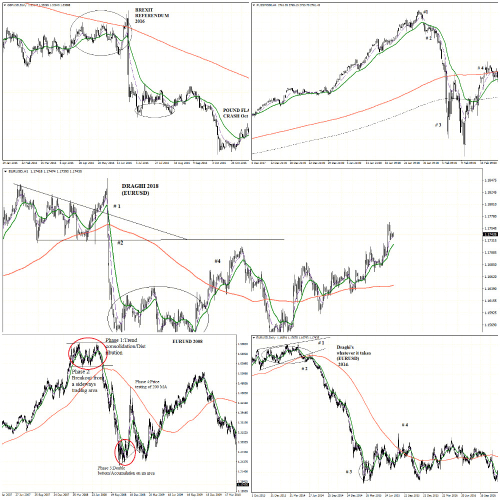 Global equities edged up this week, as the US Federal Reserve (Fed) maintained its gradual approach to US monetary policy normalisation and the outcome of the Dutch elections saw the populist and anti-European Union Party for Freedom lose out to the relatively moderate incumbent ruling party.
At its March Federal Open Market Committee (FOMC) meeting, the Fed raised the target range of the federal funds rate by 25 bps to 0.75%-1.00%, in line with expectations. However, federal fund rate projections for 2017, 2018 and the longer-run terminal rate were left unchanged.
The UK unemployment rate fell to 4.7% in January, against expectations of no change. Meanwhile, the Bank of England (BoE) left interest rates on hold, although the minutes and a dissenting vote for a rate increase indicated a more hawkish tone
In a relatively light coming week for data releases, UK CPI and retail sales prints for February should provide further clues on the post-Brexit-vote state of the economy.
US
In the coming week, February’s US existing home sales are expected to fall by 2.0% mom (5,580,000 annualised against 5,690,000 previously), reversi…

Markets Headline
Global equity markets fell this week, despite generally robust data, amid investor caution ahead of Donald Trump’s inauguration as President of the United States. The UK’s FTSE 100 Index underperformed as sterling strengthened.
In a long-awaited speech, British Prime Minister Theresa May confirmed the UK would seek to exit the European Single Market and that “a new, comprehensive, bold and ambitious Free Trade Agreement” would be sought with the European Union
The January European Central Bank (ECB) meeting saw policy left on hold, as expected. ECB President Mario Draghi struck a dovish tone at the press conference, stating that “there are no signs yet of a convincing upward trend in underlying inflation”
The UK and US’s advance releases of Q4 GDP data are the highlight of next week’s calendar. Central banks in Turkey and South Africa also hold their January policy meetings

US
December’s existing home sales are expected to fall by 1.4% mom (5,530,000 annualised against 5,610,000 previously). This release has been quite volatile over the last couple of years, but the general trend is one of improvement. The prior release took the series to its strongest level si…

Sometimes love is elusive,the more we reject more we fell in love,the first years of our lives of traders while we are learning how difficult that is the world of forex,to us it seemed so easy at the beginning,we try to get that great love matches us,we lose our trading account trying to conquer it,In this case we don´t spend our money on chocolates, flowers or gifts,but we left our account of trading in bad positions committing the same mistakes over and over again.When we got to conquer our great love, for a few months is an idyllic love story our positions are in accordance with the trading system and our account begins to rise with a stable curve.Then appears on the scene who believe friend but it's really a great enemy... "the confidence",and invites us to get out of cups and then as usual our great love learns our unfaithfulness and will be on our side ,then confidence only us wanted to pass the time is going fast and we send to the most feared of our enemies..."the fear", and this comes without any compassion and in a single day, thanks to the trust, thank you to think you're the best trader in the world and that it is not possible for that mistake, you stab your trading acc… 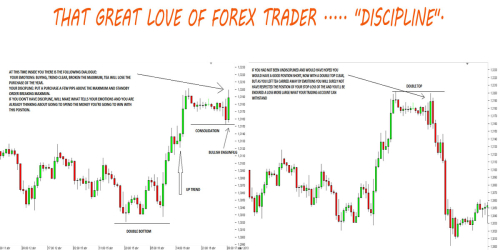 I want to talk about an situation that majority of traders deal with,and that is the possible lines of credit and also margin use.I think one of the most important things to have among technical skills in trading that means a good strategy involving the margin use and also strategic points of buying and selling, is having a certain level of funds to trade .Why having funds is so important to be a successful trader in currency markets ?Because they provide the space need to your pairs to breed for example if you use 5% to 10% of your required margin and you have a account with like 100 000 Usd and you are a stable trader with a secure plan of trading that means never over-leverage your trades, and you have an realistic expectation of 5% to 20% of monthly profits, you will be making 10.000 to 20,000 per month and that is much comfortable in the markets because you make money that is enough for you to have a comfortable life and less stressed about possible profits .In my opinion currency trading can be much less risky than stocks and other type of assets, if you have a correct plan and that is because in general currencies don`t move more than 300 pips a day and the rebound way up or…
Read article
Translate to English Show original Toggle Dropdown