Threads for landing GBP indicate a lack of knowledge and Lack of understanding of the market
Sure, a lot of threads opened for falling pound but strangely looking for an explanation and interpretation is in front of him because the market is just supply and demand
One of these articles and with respect for the writer, who I will not mention his name, who arrived to accuse of stealing the market. In fact this shows a lack of knowledge !!!!
We often hear about Black Swan And how it was born of a black father and white mother and white brothers, Why it was born black, we have no explanation, That's what we saw after falling pound in one second More than 5.6% after touching almost 1,195 levels And corrected at least minutes by approximately 4.46%, Leaving a gap between the lowest price and the highest price after correction by approximately 1%.
Is there an explanation of what happened ?
Is this what we call the Computer Glitch (technical problem in the computer or program) The officer of the equations of trading?
There are some call Erroneous Trade (false trade literal translation) as stated by Bloomberg, It is known that type of error was due for correction within hal…


Have you ever wondered if you can trade the same way as you can gamble in casino games? In theory, you can use gambling techniques in trading too, but with a few adjustments.
We can view trading as a simple up or down movement of the price, which can be compared to an occurrence of black and white in roulette. Imagine a standard casino roulette which has a 37 component wheel: 18 black, 18 red and 1 white. The white one has a 2.7% chance of happening which assures a loss the same way the trading costs are in trading. Statistically, if we bet continuously on only the black or red we will break even over a long horizon, less the 2.7% from the white slot. So the only way of changing the odds is by managing the money, meaning to vary the size of the bets. Some well known methods of gambling, like Martingales, are based on the probability of sequences occurring, the Theory of Runs. On each roulette spin, the likelihood of the same color reoccurring is 50%, ignoring the white slot. If we want to define a run of 3 reds, for example, we need to take a black on each side for a complete run, like this Black - Red - Red - Red - Black. Because we have a probability of 50% at each spin, the tot… 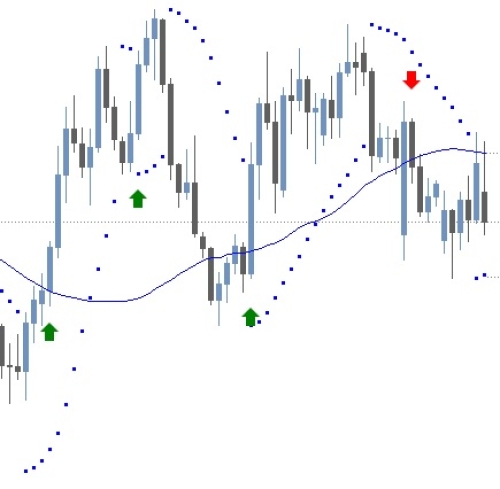 Poker v Currency Trading - for me, there's a very clear correlation.
How many people would regard poker as a financial investment ? . Is it simply gambling ? .So tell me then why forex broker websites are set up exactly the same way as poker sites .
On any poker site you have the poker school 'come my friend,we here at shyster poker will teach you how to play,free of charge, because we nice people'.
On any poker site you have the demo (play money ) .'Come my friend get a taste, win a little play money,No harm no foul ,The real money side is just a click away after all ' .
On any poker site you have the bonus offer ( * Turnover required) . So School ,Demo, Bonus ...Sound familiar !!.
Why do forex brokers spend a whole lot of money setting up demo software for you to practice on and why has every second broker now got several contests where you can win cash ( * turnover required ) . It's all candy for your predictable gullible human nature and your lust for easy money . A fool and his money are easily parted and in this day and age it's just a mouse click away for you to get your endogenous morphine hit that the risk of Poker or forex can bring .
A few years back when regulators … 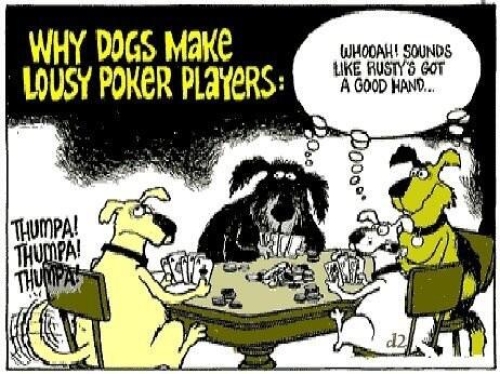 After I realized that my lack of success in trading was not down to bad luck or an inability to read charts nor even to faulty strategies but mainly due to psychological shortcomings, my next step was to take Eric Clapton's advice: “Before you accuse me (others), Take a look at yourself”. Having been forced to cast a closer look at myself I had to ask two questions: Do I want to continue trading? If yes, then how am I going to progress? To answer the first question I needed to come to terms with yet a more fundamental issue: was trading just another form of gambling or was there a skill involved? Was I entering a trade the way I would place a bet on a number in Roulette, or the Lottery? If not, then what was the difference? Because in the past it seemed to me that no matter how carefully I analysed the charts and fixed my entry point the market did just exactly the opposite of what I thought would happen. After suffering through a few of these experiences there is no way that you don't ask yourself whether it wouldn't be easier to decide on buying or selling by tossing a coin. Of course this would have taken the blame off me and I could have excused myself by saying that…
Read article
Translate to English Show original Toggle Dropdown