With the EU referendum on June 23 for Great Britain to exit from the EU currency bloc, we should expect to see greater volatility from currencies. So far, the consensus going towards an exit has been unfavorable, as trading has been negative with any hint of them leaving. Yet the financial polls show strengthening support to the contrary; people think that, essentially, Great Britain will stay. There is also rumor that investors believe this should be good for the Euro, based on consensus.
Systemically, there are plenty of indications that currency volatility should go up with Poland, Greece, Sweden and France expressing a loss of confidence in the EU, in addition to Britain. This run-on effect points to greater volatility in the FX markets.
NOTEWORTHY
Also noteworthy are comments from former prime minister, John Major, who had been in favor of a free-floating currency during his tenure, is reported saying that Britain’s intention to leave the EU is ‘a campaign verging on the squalid’. Here’s a link to the report at MarketPulse.
PERSONAL TRADING
I’m keeping an overall negative bias on the Euro, despite there being volatile upside potential, I would look for overbought le…
Читать статью
Перевести на Английский Показать оригинал Toggle Dropdown 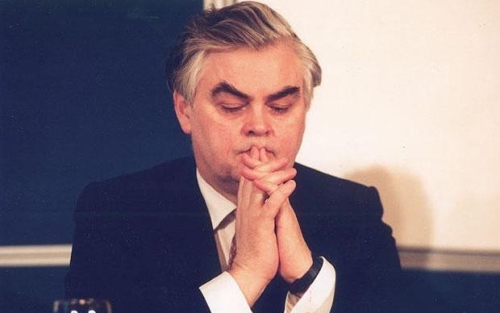