In this article we will be discussing the profit making using EMAs on Elliot waves. Most of us are familiar with EMAs but fewer people try to use it with Elliot waves as recognizing the phases of Elliot waves is considered a tedious task. Here I'll try to make it as easy as possible using the 1-2-3-4-5 cycle approach.
Elliot Wave structure
We will now see a brief explanation of Elliot Wave theory's basic structure.
Elliot wave cycle consists of two distinct phases: the impulse phase and the corrective phase. The complete Elliott Wave cycle is made up of 8 waves of which a basic 5 wave impulse sequence is fallowed by a basic 3 wave corrective sequence. The ABC corrective phase represents a correction of the larger impulse phase.
Now this is something which is quite well known but what is never known is when the first leg of Elliott is likely to begin. This is where most of us get frustrated and give up on using the Elliott wave principle. So I worked on it for quite a few days to figure out a best possible use of this well know principle. This article is not about the explaining the Elliott wave theory which is already freely available using google but rather it's a perspective of a… 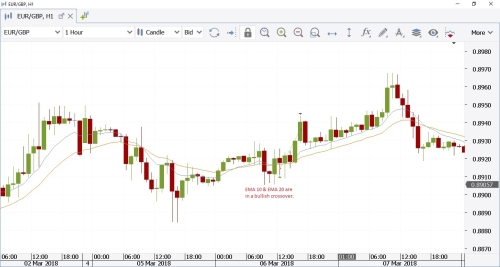