Pic 1 - Major Indicators which can move the currency pairs


Like many, we recognize that political factors may overshadow macroeconomic drivers in shaping the investment climate in the period ahead. We suspect this will be very much the case in the coming days It is not that the economic data doesn’t matter, but for many investors, the imprecision and quirky nature of the high frequency economic data pale in comparison to the risks emanating from politics and policy.
Before providing a thumbnail sketch of the five events, we think may shape the investment climate in the week ahead, allow us to briefly preview the economic highlights. The US and Japan round out the large countries industrial output reports. Europe accelerated. Japan is will likely confirm the strongest monthly increase since March 2014. US industrial output is expected to have snapped back from a weak November. The soft patch the dragged it lower for three of the past four months through November may have ended. 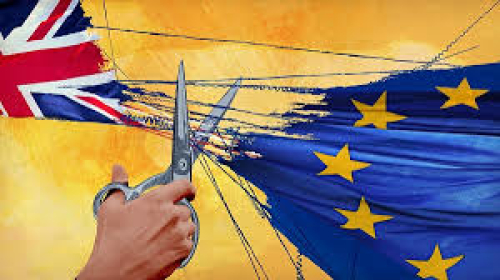 Hello my friends, today I tell you a story!
Day by day … a strange ritual takes place in Washington D.C.

This is just an example about NFP, the most important economy news release, the first Friday of every month, at 8:30 AM inside the white-stone building of Washington. Nonfarm Payrolls measures the change in the number of people employed during the prior month.
The world receives several economic news releases every day from the entire world.
Precisely where they go to be confined can vary day to day. It could be in a dilapidated government building one morning and a high-tech office complex the next. Regardless of the location, what occurs in all these places is always the same.
Economic data tends to be one of the most important catalysts for short-term movements in any market, but this is particularly true in the currency market, which responds not only to U.S. economic news, but also to news from around the world.
These are the most important news releases that are index in the economy market for every Country.
Most important Country about high impact news release:
In internet we can find several professional web-page with information about the economic news, a calendar w…

Introduction:
Interest Rate is among the most important fundamental data that impacts the currency of a country. It's of vital importance for any trader to keep a watch on this important data for his or her trading activities. A change in Interest Rate viz. a hike or a cut could be a percursor to a long term bearish or bullish bias respectively on the currency.
Interest Rate is the also most important tool major Central Banks around the world like FED, ECB, BOJ, PBOC etc use to guide the economy and the overall markets to its desired goals. Interest Rates are set by Central Banks to majorly keep inflation within a limit and to promote or curb lending. For instance, if prices for essential items and inflation are ballooning in conjunction with better economic conditions, Central Banks will hike Interest Rate to curb money supply to control price rise and inflation.
How Rates are calculated? :
Board of Directors of Central Banks controls the monetary policy of its country. They set the short-term interests at which banks can borrow from one another. Central Banks gather various relevant economic indicators from its economy to decide on Interest Rates to keep as its is or to cut o…
Read article
Translate to English Show original Toggle Dropdown

One of the advantages of investing in the currency market is that this market is available 24 hours a day (from 5 am EST on Sunday until 4 am EST on Friday). Economic data releases seem to be one of the strongest catalysts of short-term price movements in each market, and have a specific reference to the currency market, which reacts not only about the U.S. economy, but also reported from other parts of the world. Having the opportunity to invest in eight major currencies and derivatives least 17 in most currency brokers, there will always be more information that has not yet been published, and which investors can use to address the selected items. Generally, every day, at least seven types of information are published on the eight major currencies or countries that are always closely watched. So, for those foreign investors who base their investment decisions on economic reports, it opens up lots of possibilities. In this article, I wonder when and what information is disclosed, which ones are important for market players and how they make decisions based on the market data. Currencies in which you can invest in include the whole world. This means that you can select the currency… 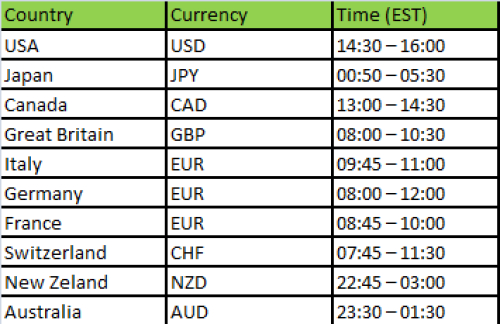 Any news that has an effect on the economy, directly or indirectly,
is considered fundamental. The news may include the changes in the economy, changes
to interest rates, political elections, and natural disasters. I have
classified the fundamental news into 4 categories:
·
economic factors
·
financial factors
·
political factors
·
crisis.

The economic data differs from country to country and their
importance, timing, and dates of release also differ accordingly. The Economic
data release is scheduled well in advance and is easily available on the
internet.
The political factors are without schedule and vary from
country to country. The timing of the elections, govt. instability, fall of the
nations, political tensions between countries, all these come under this
category and have an huge impact on the forex market.
The financial factors are partially timed &
predicted. Bank rates, discount rates by the central bank of a country are
predictable and the timing of the event is known well in advance.
The crisis factors
may or may not have an impact on the forex market. We have seen how the USD
remained unaffected during the time of Iraq being attac…

EUR/USD weekly chart
(Click on image to enlarge)
Euro has broken the critical trend line support previous
week and the same trend line acted as resistance zone and traded in a narrow
range the whole week. Previously, it showed the resistance around 1.4260
the same range which acted as resistance before the rally to 1.4900 ranges. with 1.4260 ranges acting as resistance before a bigger move and after that, we may consider this range as the shoulders. The
long term view of the market still looks weak as long as it doesn’t cross the
major trend lines resistance of 1.3650 zone on a weekly close. In the last 3
weeks, we are seeing Harami candle pattern which currently shows indecision in
the market. On a weekly close, if it manages to close above 1.3550 that was the
high of previous 3 weeks, it still suggests that the Euro will continue to be
weakened in the coming weeks.
50 and 100 EMA’s are getting squeezed in the past few weeks
on the negative side and we may expect EMAs to cross over this week if Euro
manages to close below 1.32
… 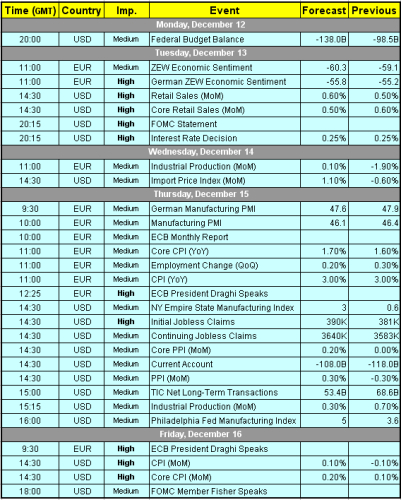