While splitting money between different systems is great, just how related is each system to each other?
For example, what if I had a few systems that bought breakouts in different time-frames? So system 1 might buy a 10-day breakout, and system 2 might buy a 20-day breakout. Is this really a good strategy? My experience says no.
I like to use different styles for each system. That makes the correlation much lower. For example, the Smart Money uses data that has nothing to do with price. The Breakout system buys breakouts (although it's more complicated than just an n-day breakout). PT2 buys ahead of a breakout. Breakdown shorts breakdowns. Base Hit buys on a dip.
By throwing these different styles into the mix, you can often have a system zigging while the other zags. This makes for a much smoother equity curve.
Side note - I believe this is while Richard Dennis had a tough time getting investors to stay with him later in his career. He made huge amounts of money, but the drawdowns were large, and he did not diversify between system styles I believe (can't say for certain, but Curtis Faith, one of the original Turtle Traders was only taught two breakout systems when he was trained…


According to Wikipedia, a portfolio manager can be defined as “either a person who makes investment decisions using money other people have placed under his or her control or a person who manages a financial institution's asset and liability”. Most people sometimes mistake a portfolio manager for a fund manager. Both jobs are very much alike, but while a fund manager manages funds, a portfolio manager manages assets; which could be stocks, money, bonds and other valuables. As a Fund manager, you would be making trading decisions with other people’s money. The job of a Fund manager reminds me a lot about the Social trading contest. In the contest, a candidate is given a Demo account with 100,000USD, and is expected to subscribe to at least 10 signal providers for trades to be taken on the account. These trades are copied from the signal providers, and at the end of the contest month the candidates with the highest profits are given prizes.
RISK CONTROL
A Fund manager works in a very similar manner, the major difference is that the funds are real. The Fund manager is also held responsible for his trading and investment decisions. He is accountable to his investors, and as such he is… 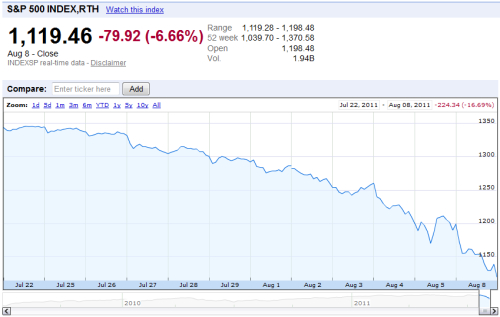 
Not many may have heard about him,but during his trading career he has achieved a feat very few fund managers can boast about; his name is Monroe Trout. He is one of the very few traders who have been able to make consistent profits using minimal risk. According to the book, “The New Market Wizards”, after a survey carried out over a period of five years, Monroe Trout was found to have an average return of 67%. He was also profitable in 87% of all the months in consideration. This article is aimed at giving an insight into the mind of the great man called Monroe Trout.

TRADING STYLE
Monroe Trout’s trading tactics involved pattern recognition backed by statistical data; essentially he studied price data and identified patterns that could be traded profitably. Some of the very well known candle stick patterns can be seen below.

Monroe did not blindly trade these price patterns, he selected patterns he felt were profitable after extensively testing them on past price behavior. Even after the systems gave indications of whether to buy or sell, all the trades were taken at his discretion; this is because he had to consider other factors such as fundamental announcements and data.… 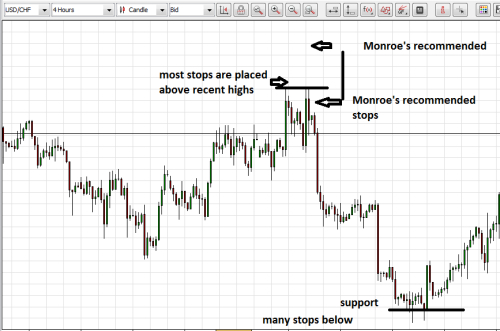 ABSTRACTMost novel forex traders trade only one pair at time trying to make money using indicators, trading systems and money management. In this article I will explain an easy way to stick to the trend in Forex diversifying your risk through a portfolio of currency pairs. In other words, readers will learn to compose portfolios of pairs so that the losses of some pairs should be compensated, at least, or even exceeded, by the benefits of rest.1 INTRODUCTIONTo diversify our risk in Forex we are going to create a "Ranking of pairs" using an homogeneous measure. There are several techniques about how to create a ranking of pairs. In this article I will give a very practical view of a general method that readers can use to compose their own Forex portfolio. This method is illustrated with an example based on the Schelling's approach[4], which I think that it can be very interesting for this community.The article starts describing shortly some considerations (concepts and indicators) necessary to understand the example. Then all the steps of the method are detailed through an example using the Schelling's approach. Next, the article discusses a brief strategy based on the created portfoli[/4]…