The announcement
The Bank of England has decided to change it’s communication form and has squeezed in many releases into one announcement starting this month. The previous form of communicating was criticized for being inconsistent as information was divided into many releases across two weeks interval.
For the first time under the new order information was provided on the 6th of August. The Monetary Policy Committee vote took place as well as the minutes report, both on one day. The Monetary Policy Committee has voted against a rate hike with the votes divided 1 to 8, with 1 for and 8 against.
The consensus was at 2 to 9 with Ian McCafferty and Martin Weale voting for and possibly a third person as well. This outcome was disappointing for the market. The minutes have shown that there is a divide when it comes to the time of starting to cut down on the QE program. Additionally the inflation report was provided. The forecasts concerning inflation rate have been lowered for the rest of the year. The 2015 forecast has been lowered from 0.6% to 0.3%. It has also been mentioned that the downward pressures from low energy prices may persist until mid 2016. Howoever, by that time inflat… 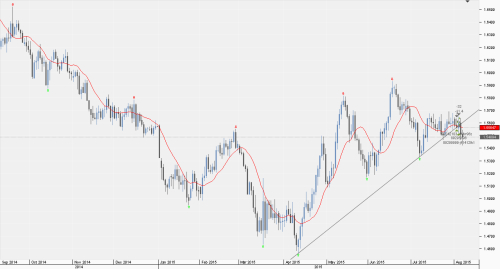