Community
Article contest
World Reserve Currency
A world reserve currency can be defined as a currency which is kept in large quantities by many different governments and institutions for their international transactions. The world reserve currency is considered as safe-haven currency.
As of the 20th century, the US Dollar was made the world’s reserve currency and because of that the US government has an advantage of over $100 billion per year when they borrow capital from other countries. 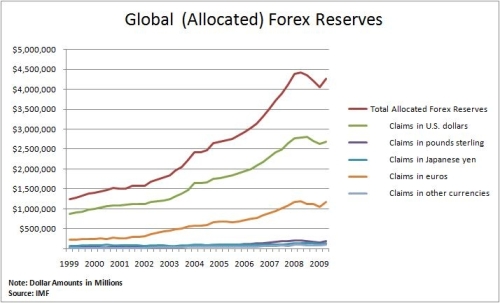 World War 2 destroyed many of the countries in Europe and Asia, except the United States of America. As a result European countries were running out of their gold reserves and borrowed from USA. This made USA ending up with large gold reserves, which resulted in USA being the only nation left with a good economy, making it a major political and economic power after the war.

After Bretton Woods agreement made Dollar a world reserve currency following WWII, the European and Asian countries needed dollars to bring in imports from the United States to build and recover from damages caused by the war. This led to the Congress passing Marshall plan for Europe and Dodge Plan for Japan, which were aimed at providing the countries with dollars needed to rebuild their economies until they can produce enough exports on their own to obtain the dollars necessary to sustain their economies without relying on any recovery program like the Marshall Plan. 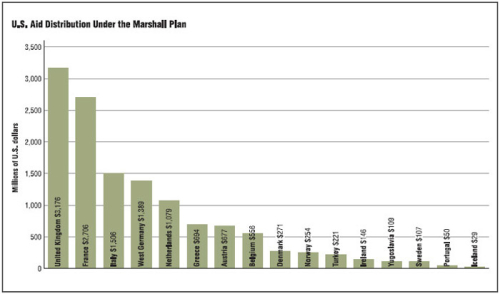 With the success of Marshall Plan and Dodge Plan, new challenges emerged for the United States. In the year 1959, the dollars circulation around the world exceeded the gold reserves in United States. This made the United States to devalue its currency, and in early 1960s the country mostly denied the conversion of USD to gold by a series of agreements including “London Gold Pool”. But these all efforts were not enough to sustain the crisis. Later when Nixon came to power, he ended the direct convertibility of USD to gold, which made USD from a gold standard currency to a fiat currency. This ending of gold standard became known as “Nixon Shock”.

As USD is the world reserve currency, the United States would likely not face a debt crisis but rather face an inflation crisis because for the USA, the cost of producing a dollar is equal to to the cost of printing a note, whereas other countries do not have such benefits. In other words, Federal Reserve can print money out of thin air without any problems other than inflation.
Translate to English Show original Toggle Dropdown