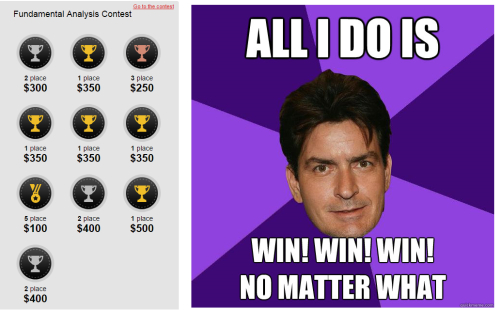 (1) Knowing the big picture from current bias of central banks

My first strategy is based on deciphering current bias of central banks which will help you in correctly assessing the outcome of many economic indicators.

Below is a snapshot of prevailing interest rates for various economies - 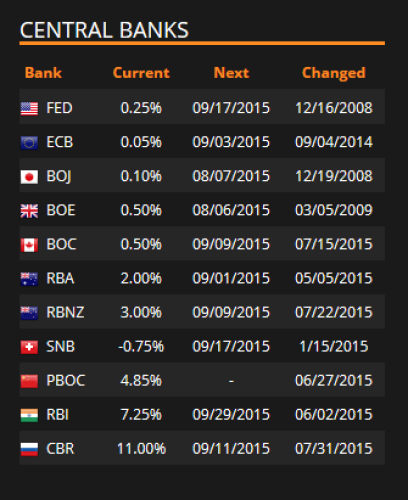 This strategy provides an edge over other participants in the contest. Let us put this strategy to work for current market conditions.

>> Bank of England : We continue to expect a rate hike in the early 2016, but firmer wage growth will need to emerge in the next few months if the BoE is going to raise rates this year. So, current short term bias is BULLISH.

>> Bank of Canada: Canadian dollar has been battered by a series of unexpectedly weak data points and a resultant rate cut from the central bank. The punishment is not over though. A wide current account deficit coupled with divergent monetary policies between the US and Canada will weigh on the loonie well into 2016. So, current short term bias is BEARISH.

>> Fed: Fed is expected to wait for confirmation that the Q1 slowdown was transitory before raising rates, thereby making a September liftoff the most likely scenario. So, current short term bias is BULLISH.

>> European Central Bank: A pickup in euro area credit growth shows that easier monetary policy is gaining traction; this should keep the ECB from altering the course of its stimulus plan. So, current short term bias is NEUTRAL-BEARISH.

>> Reserve Bank of Australia: RBA cut rates again in May but shifted to a neutral bias. We expect the RBA to pause to evaluate the effect of recent policy action before easing further toward the end of 2015. So, current short term bias is NEUTRAL.

>> Reserve Bank of New Zealand: RBNZ lowered interest rates for the first time in four years with 25 bps rate cut in June to boost inflation as growth slowed, setting aside the danger of igniting an Auckland housing bust. NZD has plunged toward a five-year low. So, current short term bias is BEARISH.

Moreover, using projections of interest rates and economic outlook for next quarter/next year will provide you more clarity in deciphering the big picture.

I hope that you liked the first strategy, I shall explain remaining strategies in the second part of this article series.