For sure sometimes it is difficult to predict Bitcoin price, but its volume depends on global international relationship, have been going on in the world, particularly in Asia right now. 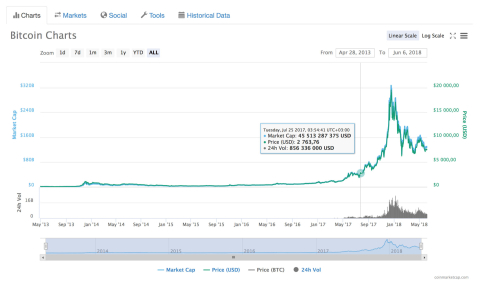 Recent volatility is considered to be connected with the major Chinese decision massively to block exchanges, trading operations and ICO already adopted in 2017, which made huge slump and unpredictable negative consequences for the cryptocurrency in the world. Taking into account geopolitical relationship between China and South Korea, including but not limited with Chine’s sanctions towards South Korea, constant sea territorial disputes and final contractual relationships between countries, South Korea decided to follow China in cryptocurrency issues, threatening to ban all cryptocurrency and remove exchanges. It seems to be hugely connected with big investments to cryptocurrency from the South Korean’s citizens as a method to secure their future and make it more comfortable with new digital currency. However the abovementioned reasons cannot be considered as an exhaustive list of reasons.

Bitcoin volatility is connected in major way with major globalization processes in the world as well as legal regulations and taxation burden, putting owners’ of Bitcoin and other cryptocurrency under the strict regulation and taxation.


Allow me briefly to list more reasons why the Bitcoin price is going down during 2018:
Summarizing the abovementioned, I still would like to underlain, that you should not afraid Bitcoin crashing, disappearing or believe that it is some kind of a bubble, pleased to fact, that market cap of Bitcoin is growing pretty fast: in 2017 Bitcoin has reached the record, - Bitcoin total value topped 260 billion dollars, overtaking 97% of the biggest companies in the S&P 500 and already left behind such prominent companies such as Pepsi Cola, MasterCard, Coca-Cola, American Airlines, Walt Disney, General electric, as an example:

Walt Disney: McDonald’s American Airlines:
I suppose, having known above mentioned data you just cannot believe in the negative predictions and prognosis, circulating from time to time around Bitcoin. Need to remember that massive volatility of Bitcoin nowadays is temporary phenomena (Bitcoin has an extremely wide and deep potential), which sometimes can be caused even with little act of well-known person, such as, for example, Steve Wozniak investments in cryptocurrency, impacting the Bitcoin’s volatility and resulted in its price growth, nevertheless that for Steve it was just matter of experiment and testing.
Translate to English Show original Toggle Dropdown