Community
Article contest
Which Is the Best Indicator for Fx Trading?
You will find out a definite answer to this
question that haunts every trader. You will see the results of a comprehensive
study of 127 indicators. And THE WINNER IS…?

You would most likely never have
guessed it.
It is an indicator that every trader knows and many
traders use. The question is whether they use it properly and profitably.

Should
you use it? Read on.

The study of
127 indicators 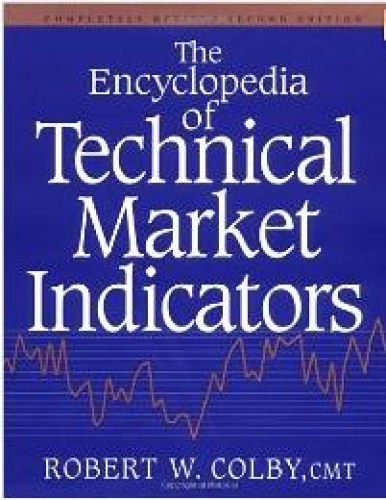 In this book of 800!!! pages the author and his team present
the results of testing the performance of 127 indicators for a period including most of the
previous century for Dow Jones Industrial Average.

(Note: the study doesn’t differentiate
between indicators and oscillators.)

Unfortunately a similar study doesn’t exist for the FX
market. But indicators are indicators because technical analysis is technical
analysis in any market so let’s see whether we can learn from this study something
for our FX trading

They compared results of the performance of the
Buy&Hold strategy with a strategy using a particular indicator. There were
some other rules which are irrelevant for this discussion.

The tested indicators included also the indicators
that are widely used in FX trading like:

Which of the
127 indicators was the best?

The answer may surprise you because it is nothing
fancy and it is something every trader learns very quickly at the start:

The best indicator was the EMA with a period of 5. It
was 78 million percent better than Buy&Hold.

Even more. All EMAs with periods from 1 to 300 were
more profitable than Buy&Hold.


You may be interested in the performance of the
popular indicators.

EMA(5) was the star performer. Should you start using
EMA(5) from now on in FX trading? Read on.

What if a study
like this existed for the Forex market?

Imagine this study was done for the FX market. Imagine
indicator X (take your preferred pick!) came out as the best performer.

What would be the answer to the question: Which is the
best indicator for FX trading?

Practically everyone who has read the results of the
study would respond: “Indicator X!”

But the answer is WRONG!

This is a trap that most traders (who use
indicators) fall into and their trading results suffer as a consequence. They
believe that the best indicator for their trading is X or a combination of  X, Y
and Z or whatever.

They believe so because a trading guru told them or
they learnt that at a seminar/webinar or they read it in a book or on one of
trading forums or whatever. And the sad thing about it is that they take such a
claim on more or less face value without having done extensive and exhaustive
testing themselves.

Do we know
the correct answer to: What is the best indicator for trading FX?

NOBODY KNOWS which indicator is the best for FX
trading or any trading for that matter.

Now you are going to react: Are you kidding me? Is
this what you wanted to tell me? I have been waiting at least for the Holy
Grail revelation. 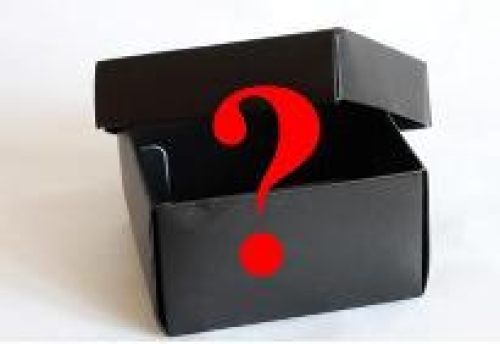 Doesn’t the same expectation about a revelation happen
when you see an announcement of this fantastic latest black box indicator which
can predict just about everything and is based on neural networks or whatever?
You think: “Now this is it. My trading is now going to be profitable.” Until
the reality hits after you have spent X dollar on the purchase of this
indicator.

If you are prepared to keep an open mind and read the
rest you will find out why the correct answer is as presented and your trading
may change as a result.

The search
for the Holy Grail of trading

Many people search for the Holy Grail of trading
despite the fact that they have seen written in many places that it doesn’t
exist.

I was one of those people. When I first saw Stochastic
I already calculated in how many days (not even years!) I will become a
millionaire. This is laughable now but I had to go through some tough times
with many indicators to see my mistaken approach.

I am not claiming that
the Holy Grail of trading doesn’t exist. Anything is possible in this universe. I just stopped
searching for it and changed my trading approach as a result.

Why is it likely that the Holy Grail indicator doesn’t
exist? The answer is really simple and can I say logical.

Additionally, we should not forget the following:

What can we
conclude about the potential best indicator?

A conclusion is straightforward:

Despite the popular
belief and despite a myriad of books written about various winning indicators or
indicator combinations and despite all sorts of back testing with supercomputers
we CANNOT SAY which indicator IS or WILL BE the best for our trading only which WAS the best.

There will NEVER exist the best indicator for trading in
any market. It will only be defined in hindsight because in hindsight we are
always right.

Markets change. What worked before may not be working that
well now and may not work in the future.

They sure are. Many traders have been and are
profitable using various indicators. There are many winning strategies that use
indicators. We just don’t know what will happen tomorrow and if the same
indicator(s) will still perform well.

Indicators are also useful if one performs
auto-trading. Computers are not very good at analysing pictures so filtering a
picture into a myriad of numbers is the way to go.

However, once you start arguing whether for example
you should use a moving average ribbon with periods of 10, 20, 30, 40 and 50 because
they are logical or 8, 13, 21, 34 and 55 because they are natural (Fibonacci!)
then you missed the point. Because one ribbon will perform better in some
markets under some conditions and the other better in other markets under same
or different conditions.

What is the implication
of this “revelation” for your trading?

Prosperous trading is a proper combination of many
things: indicators (if you choose to use them), strategy, money management,
experience, knowledge, discipline, psychology and more, of which some factors are
more important than others.

Don’t get forever married to one indicator or to a
group of indicators by saying: This works!

The correct way of saying is: This has worked well so
far so I am sticking with it hoping(!) that it will continue to work.

And if you get still married to an indicator or a set
of indicators at least don’t get married to one set of parameters for those
indicators. EMA(5) which has worked well may now need to be
replaced with EMA(10) or SMA (13) or the Alligator.

MOST IMPORTANTLY! Once you realise that NOBODY knows which
indicator IS and/or WILL BE the best for trading then you stop feeling inadequate
when confronting this huge market called FX. As a result, your emotional state
becomes more stable when trading.

I wish you prosperous trading with or without
indicators.

P.S. If you decide to write a comment I would be interested in hearing your view about
what the best indicator is/was. Or send me a message.