Community
Article contest
USD/CAD- Are we in for another Ride up? 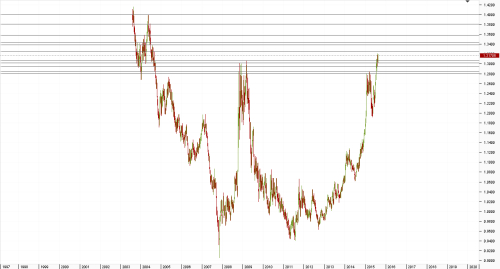 The loonie against the US dollar is at it's weakest level since September 2004. The USD/CAD is trading below the 1.32
level.
It has been on an uptrend since 2011. Althought there have been some periods of substantial depreciation, the long term
upward direction remains. Since the end of 2012 the appreciation has been accelerating and the upward trend line has beenchanging into a steeper and steeper one. Currently it is moving along a very steep upward trend line. Once it breaks the 1.32 resistance level, further appreciation may be quite strong. This scenario seems quite possible as many investors are expecting US rate hike in September, but will it actually take place then? 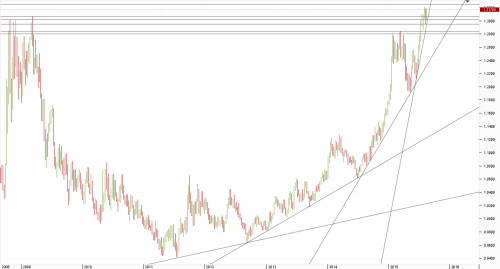 With the rate hikes in the US very probable in the upcoming months, or even in September, it may seem that we shouldexpect the USD/CAD to be appreciating inevitably. However, actually this currency pair may prove to be the barrier
to earlier rate hikes and may actually impact the decision and lead to a postponement of the rate hikes in the US. Fed
chairwoman Janet Yellen has stated recently that she expects the impact of the strong dollar on the US economy to
lessen with time. However, this has not taken place. Dollar has subsided from the high levels against euro and yen, but
not against the Canadian dollar. Actually it has reached a 11 year record high and is still strong, trading close to that
level. As Canada is the number one destination for US exports with a 17% share the high value of USD/CAD may
prove detrimental to US trade and substantially impact US economy. Exports to Canada are currently on the decline
after reaching record levels last year.

This aspect will be undeniably taken into account by the Fed when making the interest rate decision and it may weight
heavily on a rather later than a sooner hike. Acknowledging this the Fed may be forced to play down the dollar against
it’s Canadian equivalent in order not to cause a slowdown in the US economy. Thus, they may be forced to wait.

Taking this into account the US rate hike may take place later than the anticipated September meeting. However, even so, will the postponement of the rate hike be enough to lead to the strengthening of the loonie? Well, the Canadian economy is not doing well and a turnaround is nowhere to be seen with the oil, energy and other commodities prices at such low levels. Thus, in my opinion either way, whether the rate hike will take place or not, in the upcoming weeks we will see further appreciation of the USD/CAD and continuation of the upward trend.
Translate to English Show original Toggle Dropdown