Community
Article contest
Truth in Trading Part-1
Trading Weekly and Daily Charts
This strategy assumes some ability to evaluate the character of candles. The candles are the most basic element of price action. Each candle tells a story. It is more important to evaluate candles in certain areas such as in the preferred entry area which will be described. Steve Nison and Gregory Morris are experts in Japanese Candlestick interpretation and one is encouraged to study their material.

Time Frames: Weekly, Daily and H4 and M30. Using a specific criteria, weekly and daily zones will be identified where trades may occur. The M30 will be used to pinpoint trades within the context of the 30 minute time frame. Since this is not a scalping method time frames less than 30 minutes are not used. Very occasionally the 15 min time frame may be used. 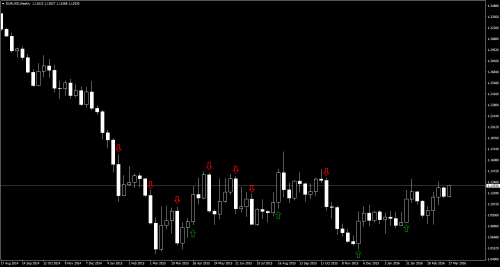 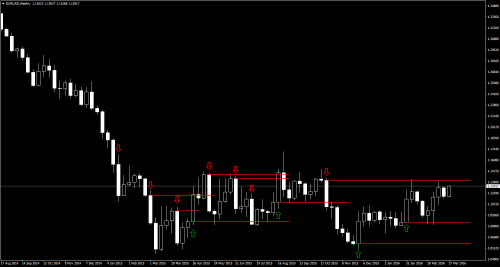 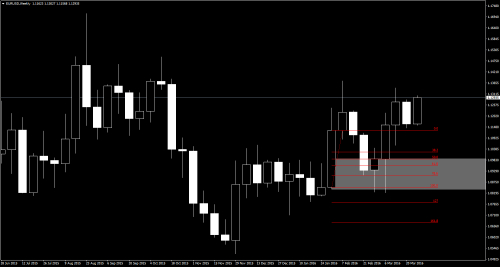 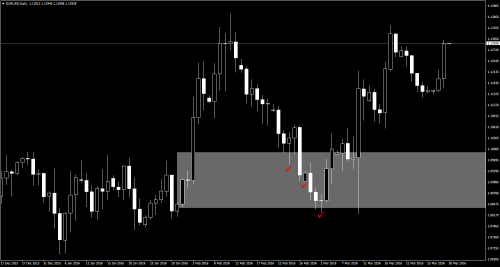 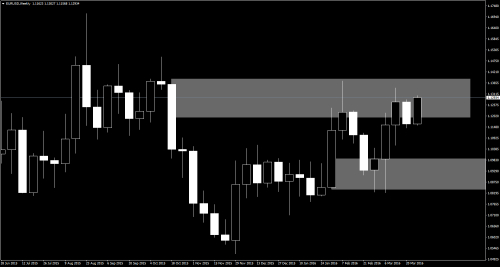 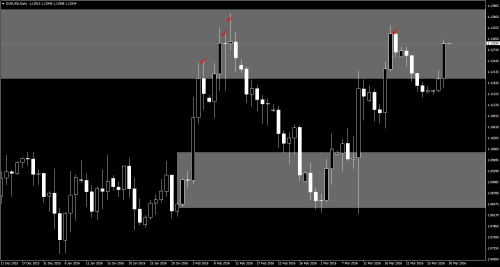 Entries
Entries may occur purely based on daily and H4 price action by entering on the close or a retracement of the signal candle. Signal candles are reversal candles as explained by Nison and Morris.

Price entered the weekly preferred trading area and created a Hammer (red arrow). The next candle after the Hammer shows price did move up and encountered resistance followed by a precipitous decline back into the weekly preferred trading area. Resistance was encountered at a daily LBC. Does this mean the trade was not worthy. The trader’s awareness of resistance directly above might have influence on whether or not to enter this trade. This would have depended on the trader’s risk profile. 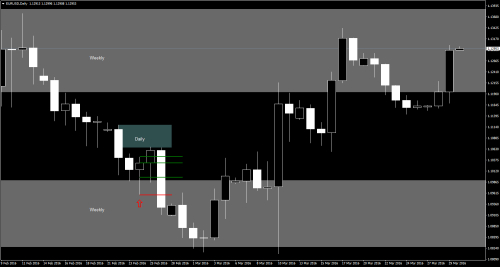 The 50% retracement entry seems to offer the best risk to reward in this case. However if one consistently takes only 50% entries the trader will frequently miss entries. Considering the nature of this trade it was probably the best way to enter given the immediate resistance above.
The risk to reward of the other two entries doesn’t seem reasonable given the potential loss.

This is just one example of a trade entry and the considerations involved. Every trade is different and therefore evaluations for entry, risk and stop loss will be different, but these considerations must be made with every trade.

This is an introduction to this trading method. My thread “Truth in Trading” on Forex Factory will have live trades and explain other details as they occur. Any editing of this PDF will be announced and posted on the thread.

Entry Using the 30 Minute Chart
A signal candle is a daily reversal candle occurring in a weekly zone or a H4 candle occurring in a weekly and/or daily zone. Reversal candles here are those described by Nison and Morris. Zones are created by LBCs as previously described. After the closing of a signal candle the 30 minute chart can be monitored for evidence that price action will continue in the direction heralded by the daily or H4 signal candle. Often the signal candle closes at the end of the NY session and entry during this time often results in a slow but inevitable retracement or sideways range. Entry at this time seems often a “leap of faith”. Often the 30 minute chart will reveal the return of liquidity or volatility with an engulfing candle. When using the 30 minute chart only engulfing candles are recommended rather than the reversal candles used with daily and H4 charts.

Below is a daily chart of EU. The solid rectangles are weekly zones and the unfilled rectangles are daily zones. In this chart a daily shooting star occurred on 9/8. It closed somewhat bullish and above the close and open of the prior 2 candles.