There is a very popular quote in Nigeria, it says "What an old man can see while seated a young man can not see standing".
The logic behind the quote is rather simplistic; it means youthful exuberance can never trump experience.

I am personally convinced that the best way to get better with trading the Forex market is to understudy successful traders. There is a wealth of information that can be gotten from such experienced traders. It is not necessary for a new trader to stumble in the dark looking for the "Holy Grail", a smarter option is to learn from the experience of tested and proven traders.

One of such traders is a man popularly referred to as the "Sultan of currencies". I have done some research on his trading habits, and I will use this article to highlight some of his traits worthy of emulation. His name is William Lipschutz, popularly called Bill Lipschutz. 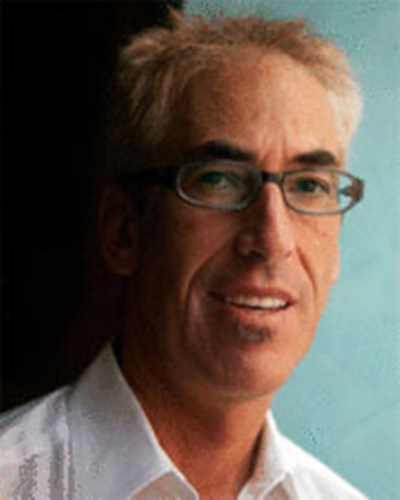 Trading success is not defined by how much a trader makes, but how consistently he or she is able to generate profit.

As a young woman, when I first heard about the Forex market, it seemed like a world of endless possibilities. A market that had such huge liquidity, and so many trading opportunities. The fact that it was open round-the-clock was a big shocker. When I started trading, I was so sure I was going to make my first million within six months. Now, I smile back at the memories of such folly.


Love what you do and do what you love

Firstly, Bill Lipschutz is a man who is very passionate about the currency markets. He enjoys trading and his enjoyment is almost bordering on obsession.
For anyone to succeed at any endeavor, he or she must be passionate about the pursuit. Enjoying a job or occupation allows your mind to be open to grow and learn from any disappointment. It also allows you to invest the necessary amount of time and effort to get better at the chosen job or occupation.

“If a trader is motivated by the money, then it is the wrong reason. A truly successful trader has got to be involved and into the trading, the money is the side issue… The principal motivation is not the trappings of success. It’s usually the by-product – simply stated ‘the game’s the thing’” Bill Lipzchutz

Study to show yourself Approved

Bill Lipschutz is one of the world's greatest currency traders, and he holds a Bachelor degree in Fine arts from the Cornell University's Architectural design program. His decision to switch from Architecture and become a trader meant he had to dedicate a lot of time learning and researching about the markets. He was a man who treated trading as a business, and subsequently earned a Master of Business Administration (MBA) degree in finance from the same University in 1982.

As a trader, he was constantly in touch with market activity and events. He had ready access to market quotes and news feeds to enable him accurately gauge market sentiments. He had his home fitted with screens to monitor price movements. This may look extreme, but considering the large positions he traded, it was essential to always know what was going on in the markets.

He made sure every information regarding the markets was available to him, to guide his trading decisions. The need for every trader to have current fundamental information surrounding the Forex market can not be over emphasized.

Bill Lipzchutz interned for a Wall Street investment bank called Salomon Brothers while he was in school, and later became a full employee after his graduation in May 1982.

He spent approximately ten years with the investment bank. A lot of his trading experience was obtained from his time with the company, and some of the company's trading culture rubbed off on him. From an interview held with Bill Lipschutz, it is apparent that the Salomon Brothers was a company with a healthy investment risk appetite. The company was "comfortable with risk or with losing money, as long as the trade idea made sense".

Those are Bill's exact words. We can gather that he was not afraid of risk, and had a strong belief in his chosen trading plan.
He based his trades on the fundamentals surrounding the currencies, but that did not mean he was unaware of key market price levels. He always kept a mental note of important resistance and support levels, and traded the market's reactions to these levels.

A common application of these is trading break-outs. The idea behind trading a break-out is to wait for price to break a prominent support or resistance level, then taking positions in the direction of the break-out.

Bill Lipschutz took note of these price levels, and waited for a break-out before taking his positions.

Bill Lipschutz was a patient trader. According to him, he believed more traders would make money if they learnt to sit on their hands 50% of the time.

His approach to the market was very profit-driven; he believed every trade decision should have a profit-to-loss ratio of at least three-to-one. This means that he expected to make $3 for every $1 he risked in a trade. He also looked for trading conditions that increased the probability of success of his trades. One of the ways he did this was to execute his trading positions using Limit Orders.

Traders use sell limits to get better entry positions. From the example above, instead of executing positions immediately after the break-out, trades can be set using sell limits to trigger the positions when prices moves back up towards the recent support level broken.

Another useful tip about Bill Lipschutz's trading was the way he built his trading positions. Aside from using limits orders, he also built his positions as the trend developed; so rather than have one large trade he would have a series of small positions taken at various trading levels.

This technique is a good money management approach, because if the trade analysis is wrong, it drastically reduces the trading exposure or amount lost. From the screenshot above, if the first trade had failed, the loss would be restricted to only 25% of the amount to be traded.

Bill Lipschutz was a trend follower. A large percentage of my losing trades are positions which I have taken against the trend, and this is a phenomenon common to a lot of other traders. In a bid to forecast a trend change, I have often found myself saddled with losing trades that go against the trend. It is good to note that even experienced traders respect the trend.

Currently, Lipschutz is the Director of Portfolio management at Hathersage Capital Management, a company that he co-founded. The company is a privately owned hedge fund sponsor and is worth about two hundred million dollars. He was inducted into the Trader Hall of Fame in 2006. I hope this article has been helpful, and I entertain observations and contributions.
Translate to English Show original Toggle Dropdown