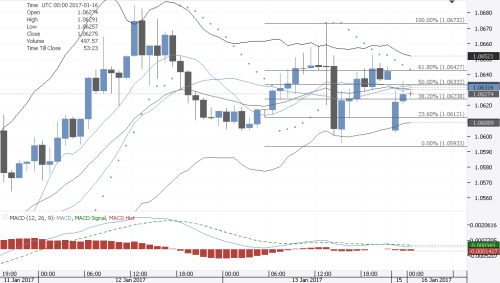 On another analysis and what we are foresees that far faster inflation in the eurozone than the ECB expecting. Prices rise by 2% as early as Q2 and stay there for several quarters. The ECB sees only 1.7% on average in 2017 and that’s a jump from 1.1% in December. But sees the weak euro as feeding imported inflation and it won’t be a one-time thing.

Consumers are buying 9% more imported goods and services than in 2009. We all knows that the Exporters are happy to raise prices on higher demand. And the role of the euro as an invoicing currency has fallen. Here’s the turn of events: "Underestimating the significance of the exchange rate pass through will provide the hawkish members on the governing council with ammunition to force a discussion on tapering, earlier than expected as inflation creeps above staff projections.''

When we get a bit confused about the forecast, we look at the weekly chart. This time it offers no insights. See the chart below. 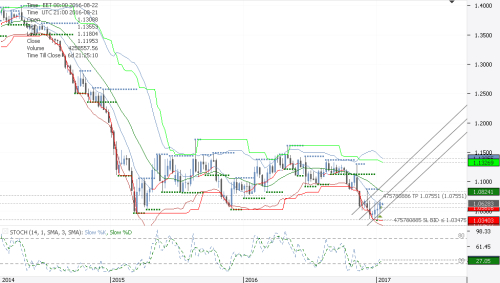 The linear regression channel is nearly horizontal. If we expect the price line to “cycle” from the channel bottom to the channel top or at least the linear regression, we must expect 1.0900 level by end-Jan. That’s the long-term linear regression projection as of today. It has nothing, really, to do with Trump or even the data. The euro is oversold at current levels. Traders just want to reposition.
Translate to English Show original Toggle Dropdown