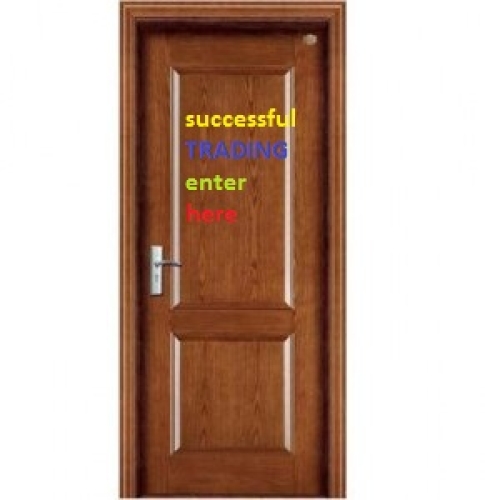 Is there
one? Believe me - there is!

But it’s not like the Holy Grail
or just any old "super" indicator system either.  Nope, not even
EAs (Expert Advisors) or trading robots. But there is definitely a distinction
that separates a consistently successful trader from the unsuccessful
ones.

You have just taken your first
step into the world of trading and you are optimistic that you have stumbled
onto a surefire vehicle to retire within a year or two as a multi-millionaire.
And you had typed your resignation letter to throw at your boss at the first
indication that you had arrived in the professional arena of trading. Cool!
You sign up with a broker and start with a demo
or practice account. You are thinking in your mind - watch out boss!
So you start trading with an easy to follow system of 5 and 10 EMA crossover
system. Each time there is a crossover, fire the engine and place a trade.
Ouch! It’s so easy, you could almost kick yourself for not knowing this easy
way of money making. Why do people still work 9 to 5? Why work at all? You feel
so fortunate to know about the trading world.

Due to beginners' luck you
get 6 straight wins and you are in an euphoria. But truth be told, there
is no such thing as beginners' luck as your successes are due to your
unemotional placing of trades as the emotions are still not out to cloud your
judgment yet. You are just starting out. But its easier to explain this as
"luck" - so to speak. Finally when the "luck" runs out i.e.
the emotions start coming out, your unbelievably easy success and
"luck" grinds to a halt and you are well on the way to experience
your first ever margin call! Sounds familiar yet? Keep following.

Okay, you have just had your
first Margin Call. Hopefully its still a demo account. But why did it happen?
Why didn't the market turn around like it usually do? Why did it
behave so unusual this time around when you put on a trade? Does the broker
have a hidden camera somewhere in your room? Why did the market continue on in
the other direction until it margin called my account? So many questions!
But note one thing, all the questions seek to pin the blame on everything else
except the trader. I will come back to explain this phenomena but for now just
make a mental note of it.  I could have bailed out but I didn't. I
chose to remain in the trade as I had an uncanny feeling that the moment I
bailed out the market will turn around and continue in my direction. So I
waited, and waited.  Sounds familiar? You see, I just couldn't admit
that I was wrong. No sir!  Not when I was having such a good luck in
winning 6 straight trades without a loss. I was much too smart
for the market - or so I thought. I could never be wrong in my trades
so I would not bail out and admit to the world how wrong I was. Your thinking
goes like this. But there is one problem - the market does not know who you are
and doesn't give two hoots about your opinion or what you think!
Meanwhile, your small loss has grown into a major one and you are almost 80% in
the red! This major draw-down is another reason you decided to stick with the
trade as you couldn't accept such a large loss. You feel lucky you
have not given that resignation letter to your boss yet. And you feel
much more grateful its only a demo account. Don’t take this loss no matter what
happens - you tell yourself. Its just demo after all, so you decided to just
close the platform and go to sleep, hoping it will reverse during the night.
Next day you wake up and check the platform the first thing in the morning and
you noticed that you were taken out of the market and your equity balance
almost wiped out completely. Margin Call!

So what? It’s only a demo account
after all. You open another demo account again and continue your quest. This
time you are going to be a little more market savvy. You are going to add in
some killer "bells and whistles" which are the latest fancy
indicators to guard you against any "false" signals. Notice the same
uncanny phenomena again at play here - the tendency to shift the blame
of failure onto other factors. Just make a note of it, I will return later in
discussing this in detail.

Now you have started with a new
demo account and like the proverbial "Phoenix" you have risen out of
your ashes, more resolute and determined than ever to do battle against the
market. This tine you are being more careful, so to speak. Spurred on by some
easy gains again you decide to increase the lot-size dramatically thereby
increasing your risk exposure to a greater level. You are in a hurry to make
it. Your mind is calculating how much you can gain or how big your winnings
going to be. No more worries about losses as you are now super careful and only
take "good" setups. Besides you have already paid your dues by
having your first margin call so now you are a battle hardened veteran of
sorts, so to speak. Defeat is not possible anymore. For you have tasted defeat
and came back kicking. Then 2 months down the road, another margin call.
You scratch your head and you wonder why. How could I go wrong again?
Upon analysis, you find that trading blindly by putting on really large
position sizes, thinking that you will easily double or triple your
account within a large single market move and  in a short time - was
the culprit that sounded the death knell for your trading account.
Sound familiar?

This is a vicious cycle that
keeps repeating itself and hands you repeated margin calls. After a few cycles,
most traders would give up. The losses are one thing but the dent to your
confidence level and psychological damage can be devastating. I believe
most traders will choose to throw in the towel at this stage to escape the
pain. Some give up forever. Some will chose to persevere and continue even
though not all of them will learn the secrets of successfully turning
their trading around. Comparatively, only few make it, approximately
the 5% of all traders that you hear so often about. These will not only
persevere on but will eventually crack the secrets of successful trading. And
they find that "Magic Door".

It is of course only a metaphor.
Its a point where the trader realizes that he was not really trading against
the market. Approximately 95% of the traders  believe they
are trading against the market or against their brokers. That is why
that 95% are always losing.  The truth is, the trader is actually trading
against himself. Each time he puts on a trade - he was trading from his own
emotions. His emotions are the main reasons for his entry
into the market so he is up against his own self. It can be fear or
greed or whatever - it doesn't matter. Think about it. The first
scenario I gave - the trader lost his account due to his inability to admit his
mistake and his ego came into play. This is how emotions come into trading.
Second scenario - our trader lost his account due to too high a risk in opening
large position sizes. Again, emotions come into play.
After losing his first account, he now wants to
"revenge trade". The market is swift and unforgiving in
correcting mistakes. The market doesn't know who you are
and doesn't care. Having been mercilessly thrashed and humbled
to the point you realize your follies and how you are naturally wired in
such a way that you end up losing no matter what you try in the market.
It doesn't matter how many times you re-open new demo
accounts or fund live accounts and thinking you finally got it figured,
you will eventually find that you are losing accounts repeatedly.
Everyone is "wired" this way - 100%. Over 95% will never find this
"Magic Door" and fewer than 5% will. When you enter this door, you
realize that you had been wrong in your approach to trading and you needed to undergo a
"re-wiring" process in order to become a consistently successful
trader.

Continued in Part 2, I will reveal the “rewiring
process” which is of utmost importance to turn around
the losing trader into a profitable one.