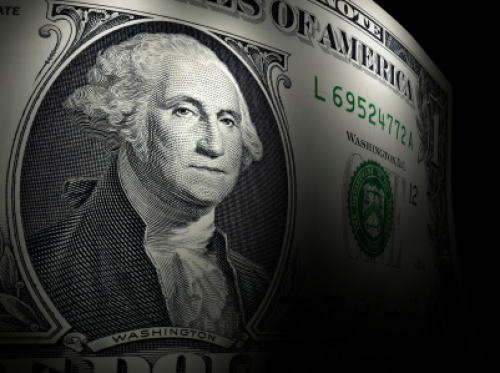 There are many structural reasons that support a dollar bullish trend in the coming years but like anything else timing is the key.

Currently the outstanding US Dollar short positions are enormously and usually when everyone is on the same side of the boat the market goes in the opposite direction. But this current bearish trend will not reverse just because there will be a mythical big buy position that will reverse the trend.

A bearish trend will reverse when all the sellers who wanted to sell are in the market and there is no one left to sell. The same is the case with a bullish trend which will not reverse because some huge sell will come in the market but because there are no more buyers to lift the market.

So in our case it will not be a bullish dollar trend because some positive reasons. It will be the outstanding US Dollar short positions which are going to create the bullish trend least expected. It will be the biggest squeeze of our lifetime and when this short position will feel the pain of market going against them they will fuel the market new trend as they will be forced to buy back their shorts, which in turns will add more power to the new bullish trend.

The history does repeat itself put it never strike twice in the same place, like chart patterns. Knowing what has happened in the past can give you a guide of what might gonna come. Don't forget that between 1980-1985 the USA had the same problems as of today with its debt and although everyone believed that the US dollar will collapse the dollar was actually on steroid and was rallying (see Figure 1).

The thing that will start US dollar rally will be a rise in interest rates only than the short squeeze rally will begin and will wipe out the short US dollar positions. We are going to have a squeeze on both side of the market like in the 1980-1985 first we are going to go up and only than we can crash and burn. We can't crash and burn from current levels it always must be from the highs.

If you look around the world you will see that everyone is imploding and the trust in governments is declining at alarming speed and capital flows is shifting from public to private that's one of the reasons why US stock market are still rallying. And this will be the trigger point fro the raise in interest rates --> dollar rallying. The only currency that can absorb huge quantity of money remains the US dollar, it has huge liquidity. The euro can't replace the dollar because of the structural problems and its failure to create a single debt.

This US dollar bullish trend can't happen in isolation from the rest of the market and particularly from the Bond market, we must first see the US Bonds going down and yields going up that will be the catalyst for the next broad based Dollar bull move and that will only happen after 2014, as previously I said timing is key and my expectation is that 2015 will be the trigger point as we will hit two cycles of PI from the 2009 US share market bottom: PI=3.14 years ---> from 2009 adding 2 cycles of PI (3.14*2=6.28)---> 2015 that's how I get this number and that's why is a major turning point.

So,the next question is how you can profit from this move and what pair you should chose to trade. Although I do believe USD/JPY can be a strong candidate due to the strong divergence between FED and BOJ monetary policy, but from a risk to reward ratio I think that you'll be better off by trading EUR/USD.

On the one hand we have Fed moving away from his easing cycle, which sent soaring the expectation of interest rates raise in the second half of 2015. Also we have to take in consideration that Yellen have said at one point that the Fed will end its bond-buying program by the end of the year and secondly she said that the Fed will wait six months after the bond-buying program ends before raising short-term interest rates. Which is in line with our 2015 target for the US dollar bullish trend to start.

On the other hand we have ECB which has to fight a prolonged deflation threats, as the consumer inflation figures has hit a 4 year low. Last week we also saw Draghi giving some hints that they're taking in consideration other available monetary policy tools like: negative deposit rate and QE which should send EUR/USD down as well. But their resilience to act quicker may keep EURUSD balanced for the time being and still move in a tight congestion zone.

The higher the EUR/USD exchange rate goes the greater the destructive force of deflation among higher Debt countries will be, which in turn will make more expensive to payback all the previous debt. But we have already seen periphery EU yields going lower comparing with the levels we saw 2 years ago. This reason in itself will stop ECB from doing some aggressive easing and also because the euro structural issues of not having a single euro denominated bond market thus making less probably that any massive EURO devaluation will take place and this should keep the exchange rate in balance in the coming months as I think ECB verbal intervention and introducing negative rate deposits will be enough to keep euro in a ranging zone until 2015.

Here I'm going to use CitiFx Technical Research charts because we basically have the same view just that CitiFx gives a more in depth chart analysis, but I'm going to give my own outlook on those charts. In Figure 2 you can see the similarity between what has happened 30 years ago in the market with what is happening in now days. There are 3 main distinct phase with this chart: 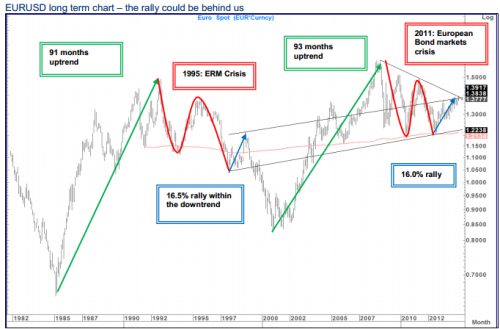 Figure 2. ERU/USD Long Term Chart.This is basically a fractal that suggest EUR/USD can follow the price action path from 30 years ago, you can see that some phases are developing in some cases at different time scale but this is the nature of fractals. The final stage of this fractal suggest that we'll follow the fractal either in time or either in price:
Although we have matched the 16.5% rally (see blue line) time is another factor that must be taken in consideration and we can see that in this cycle from the 2000 low we have spent more time developing this swing points, comparing with the cycle from 1985 low. Secondly this fractal suggest that we should hit 50% fibonacci retracement line of previous swing wave which is at 1.4050.

Although I have a strong opinion about the next USD Bullish trend it doesn't mean I'm already short as I already pointed out my data suggest the next big trend will only start next year, and when trading timing is almost everything. By taking this approach I can be very flexible with my trading and it lets me see both side of the market (long/short). And when both fundamentals and technicals suggest the same thing usually is a strong signal of an great trading opportunity. Although we already have a strong dollar against many currency pairs like CAD, AUD, JPY and emerging market currencies this is just the beginning and in the next phase we should see dollar going parabolic.