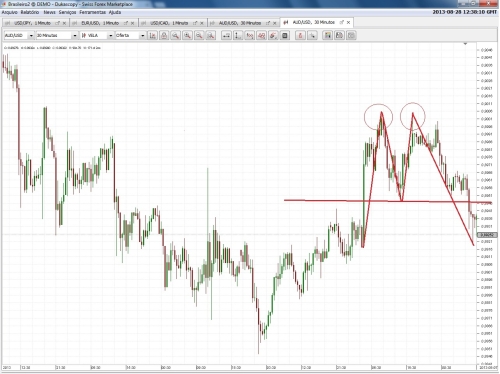 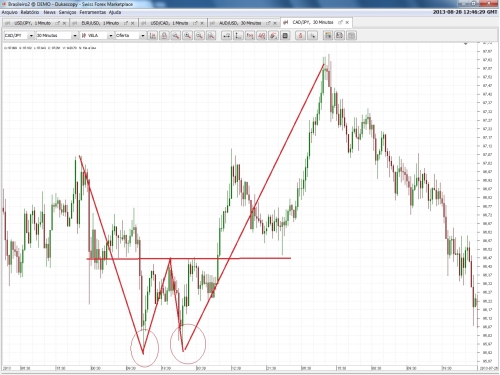 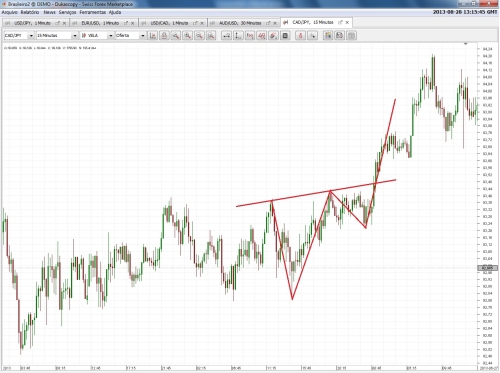 The "cup and handle" well known resembles a cup with handle. That is, the graph will have a cup shaped like a triangle, and then also a wing triangle but smaller. The wing must have a trading volume smaller (if visible on actions).
When a Forex pair is in this situation seems to be testing a resistance zone, but cannot overcome, then there is a relatively strong selling pressure, until it is a base. So that underlies the price is available to retest this resistance, but when the tests cannot overcome because there is some selling pressure.
Except that this pressure is already low, then the price does not go down so much as the first time, and as such, the resistance tests again with a strong volume, with a strong buying pressure, get beyond it and reach new highs. 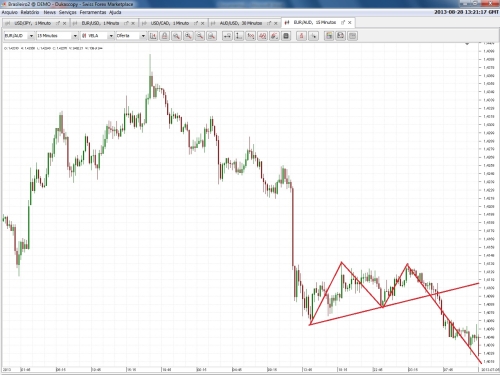 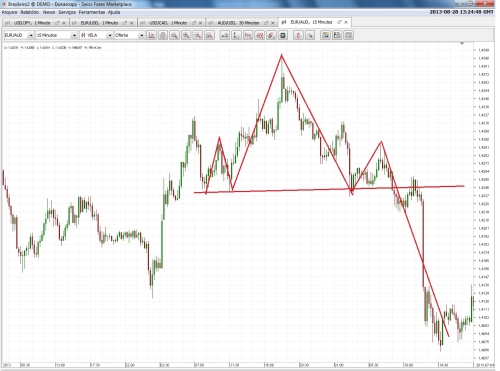 We looked up at the figure funniest market and occur frequently in various Forex pairs and multiple time periods. It is clear that the figures with larger periods of time have better validation, but the heads and shoulders always have a high probability of success whatever period of time (timeframe).
The Head and Shoulders is another reversal pattern:
We then try to open a short position below the neck line. It is possible to calculate a take profit, or the target, the distance between the reproducing head and neck below the neck. In this case for example could close 50% of its position and place a stop-loss above the neck area. There are several setups that you can try and give you the freedom to do so. 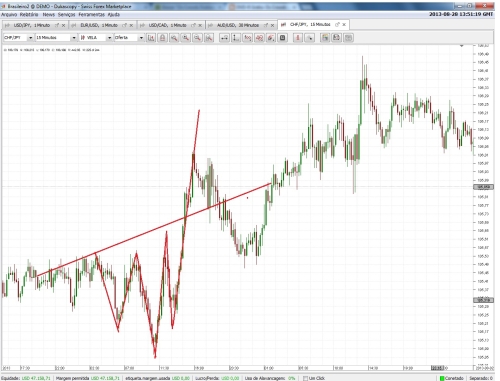 The same thing happens in reverse Head and Shoulders, which is formed by a relative minimum, the left shoulder, then a lower minimum head, and finally another higher relative minimum of the head, right shoulder.
Plot the neck line connecting the relative maxima, ie, the maximum generated by the areas between the shoulders and the head. Sometimes we also bent bodies, namely when the slope of the neck is positive, this is an excellent location for trading, but on the other hand, if the neckline has a negative slope, there is a greater probability of failure.
Take note that all the examples happen many times, but you must keep in mind that the situations are not 100% guaranteed or 50%, so place a stop-loss to prevent losses.
I have helped on some forms of market standards for operating in different frames and pairs.
Translate to English Show original Toggle Dropdown