The market has formed a range which is very noticeable on the Daily chart, with the top of the range at approximately 1.5700, while the lower part of the range is around the 1.5400 region.

Even though the Gbpusd market has been ranging, there has been a strong tendency for the market price to move to the up side. Some of the fundamental reasons for this up trend include:
With the recent weakening of the United States Dollar, we have seen the Gbpusd market rally closer to the top of the range, with the last three daily candle showing strong bullish signs. 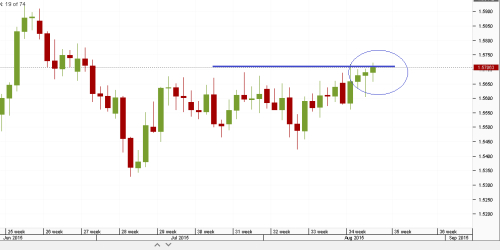 The big question on everyone's mind is whether the Gbpusd market is going to break out of this range and head North. 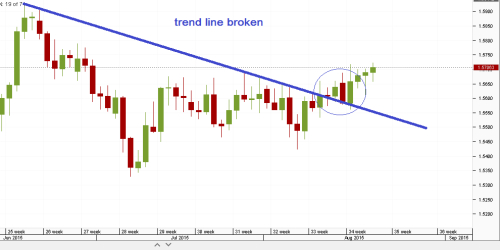 Now, if by some reason the Gbpusd is able to rally above its current range, there are very obvious targets in sight. The first one is the next high level at 1.5788, which the market formed towards the end of June. 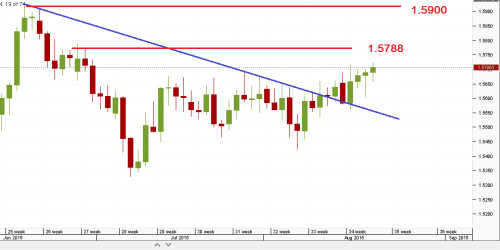 A strong rally could take the Gbpusd market back to June’s high above 1.5900, which is the next resistance level.

On the other hand, if the Gbpusd loses momentum and us unable to break through the top of the range it has formed, then its reaction to the supporting trend line is going to be critical in determining its next move. On close examination, we can observe that the Gbpusd market is also in an upward channel bound by two trend lines. The supporting trend line would be key to determine a reversal to the down side. 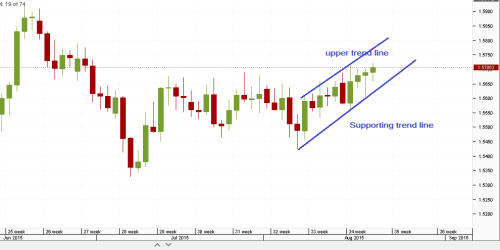 If the supporting trend line is broken, then the next target should be the bottom of the range. If downward momentum continues, we could see the Gbpusd drop as low as it did in July. But I doubt this will happen, the current analysis points to a continued up trend. 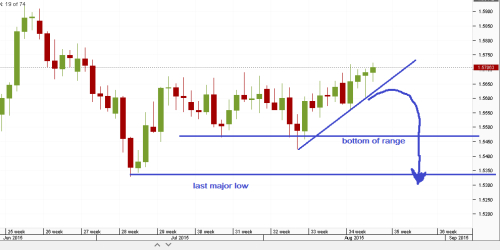 This is a classical approach to range trading, and it can be very profitable as long as there is continued momentum in the direction of the breakout. If an upward breakout occurs, a good place to place exit stops would be below the low of the previous day. 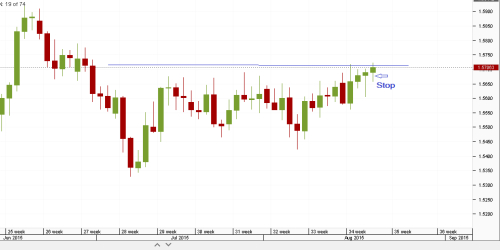 This is a good place because it would give the market a lot of space to fluctuate before the eventual move upward. As the market rallies up above the top of the range, the stop can then be moved closer to protect the trade. A good option is to jump to a lower time frame to spot support levels and place the exit stops just below those levels.
I wish everyone a prosperous trading month.
Translate to English Show original Toggle Dropdown