This article will serve as a precursor to my next article in the series, where I go into detail describing my Bollinger Band Breakout Strategy. The article aims to provide a good foundation on Bollinger Bands as a technical analysis tool. 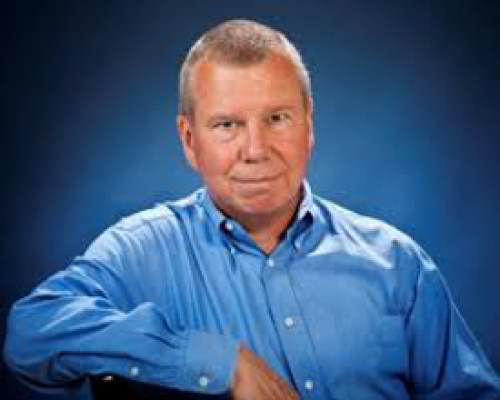 Bollinger Bands are named after the creator John Bollinger. As pictured on the right.


He is a technical analyst that developed the tool as a measure of volatility. He has wrtten a book titled "Bollinger on Bollinger Bands" and is considered the foremost expert on the subject.


He also currently runs a website and has a pay service where he analyzes the markets for setups as per different bollinger band strategies he has developed.


Without going into excessive detail on the construction of Bollinger Bands, to briefly illustrate I will provide some examples of different types of setups and information that can be obtained from the bands. The bands themselves are a measure of volatility based on previous price action. They utilize the simple moving average and the amount of data to be measured back is input by the user. The standard settings, and often the default is based on a 20 period Moving average.

I will illustrate some of the common setups and what the bands can point out in the price action.

The bands give a great visual queue of low volatility as the bands start to contract, and as the bands expand it signals an increase in volatility. As well, when price breaches a band whether upper or lower while in a state of contraction, it can be a signal of a breakout.

The above examples clearly illustrates the cycle that reoccurs in the market.


In the figure above there are two examples of the 4 steps, once to the downside and the second to the upside. Notice that the bands are the furthest apart when the price makes a top or bottom?

Aside from determining breakouts, tops and bottoms can be called with more confidence using bands. Let's look at an example


As you can see, the Green eclipse starts showing signs of reversal with the candlestick patterns. If that was an area you were looking to call a top (i.e. a resistance area already on your chart), you would have much more confidence knowing that the price is within the bollinger bands as opposed to the first leg which traded along the upper line and even breaching it.


The W bottom is the exact same concept as the M top but the inverse. As you see here, the price makes a double bottom, but knowing the second bottom is well within the bollinger bands gives confidence that the momentum and volatility support a reversal.

Overlapping Bands for a greater edge

One of the lesser known strategies, and one that is on my charts that I pay close attention to, is overlapping bands. The standard calculation for a bollinger band is using the 20 period MA, but what about adding the 50 period as well?

The 50 period bands are the thicker bands, As you can see they both show a M Top formation in USDJPY at the moment. But the extra information provided here is the the upper 20 period band is now trading with the 50 Period bands where before it was outside before. Essentially the 20 period bands are making a M top themselves inside the 50 period bands!
This clearly shows that the momentum has died down. Where before taking a short position was risky, in the last week or so taking a short position carried much less risk as the volatility and momentum has been coming off

The next example here shows how clear the upside breakout on USDJPY has been. A clear cut setup with contraction, a squeeze and a breakout to follow. Even if a trader missed the setup to the long side, it was clear here that looking to fade the pair at the yearly highs was a risky trade as price was well outside the 50 period bands.

Tip: The larger the data period specified the stronger the breakout
As a rule of thumb, the 50 period breakout will always be an indication of a longer breakout than just a 20 period alone.

Taking it one step further

If the 50 period band gives more information about breakouts and their strength what about adding more bands?

Figure 1.6 - EURJPY Daily - 20,50 & 200 period Bands
The above example shows the 200 period bands added to the chart! They are in light blue. As you can see here in the breakout the price was trading above the 200 period upper band. This is extremely bullish! especially on the daily chart. If a trader was looking to trader the 1H, it would pay only to look for long positions, and short positions would carry high risk as long as price is on a 200 period breakout.

You can also see the 200 period bands are starting to contract again indicating we may see a breakout with volatility increasing within months to come on the EURJPY.

In this NZDJPY example from before, there is a RSI Oscillator added to the chart. Can you see that the same time the pair made a W bottom, we see the RSI diverging as well? This makes for a very high conviction scalp to the upside. Because we have
It would be safe to say at a bare minimum a correction against the main trend is in order, and as per the chart that is exactly what happened.


Another great way to take it a step further is multiple Time Frame Analysis. Take a look at the daily EURUSD

It's clear that EURUSD is in a downtrend, but on this chart the Bollinger bands are not giving a great deal of information as to what can happen next if a squeeze occurs. Well, let's take a look at the weekly

The weekly chart shows an entirely different picture. See the clear breakout from the bands? Can you also see the price riding against the lower band?

This is a weekly chart, after seeing this chart, I think most trader's would reconsider trying to fade this move. Or at the very least exercise some caution taking counter trends here.

As a rule of thumb, the larger the time frame, the stronger and larger the trend when the bollinger bands breakout.

To sum up, these are some of the things you can do with bollinger bands


If you've enjoyed this primer on Bollinger Bands, I urge you to consider buying John Bollinger's book for some further reading and more in depth information. You will find many of the setups described here in his book but with many more examples and much more detail.


Also be sure to keep an eye out for my next article this month. I will go through my Bollinger Band Breakout System to show how to profit from breakouts. It is a system that I developed by combining some existing systems and is a great tool to have in your trading aresenal!
Translate to English Show original Toggle Dropdown