There are many studies made about trading the financial markets, and many agree that the best and most profitable way to trade the financial markets is to go with the trend. Going through many forex forums, I have discovered that the most successful systems on display are those who use a trend-following strategy.

Before we had fancy indicators and high-tech market analysis, there were thousands of people who made money from the stock market by simply following a moving average. As simple as that sounds, it goes to show that effective trading must have two things: trend-following approach and a simplistic application.

This was my inspiration for the creation of my September strategy in the strategy contest. My aim was to create a system that would first determine the trend, and then take trades after corrections in the direction of the trend.

My first task was finding the right indicator to determine the direction of the market and the appropriate time frame to base trading decisions on. Many recommend using a big time frame like 4-hour charts or daily charts; these time frames are very reliable in identifying the trend, but I was looking for a time frame to help me catch the trend early.

With this in mind, I choose the 15-minute time frame and an Exponential Moving Average (EMA).
Since I was compromising by using a small time frame, I chose a very large value for the moving average. I used a value of three hundred and thirty-six (336) for the EMA.

Instead of using the EMA, I settled on the Commodity Channel Index (CCI) indicator with the same value as the EMA. From the screen garb below, it is obvious that both indicators with the same value respond similarly to price action. I removed the EMA because I wanted a clean chart with minimal indicators; it is easier to read signals from the indicators this way.

So the Commodity Channel Index (CCI) with a period of 336 would act as the trend indicator, and for my trade entries I opted for a simple crossover between a 20EMA and and 80EMA.

That is how my trading chart is supposed to look like. The above air is the eurusd, with three simple indicators it presents a very clean and light feel.

But I had a serious problem; the above chart is from the 1st of May to the 21st of May, and I can see only three trading signals. If we count all the crossovers in all, we would have six crossovers. Three crossovers in the direction of the trend, with the CCI336 above zero, and three downward crossovers.

All together, this would give six trading signals, but the strategy contest requires a minimum of twenty!!

This was a challenge for me, but I quickly found a way around it. I simply implemented the strategy on multiple pairs.
Working with the visual Jforex platform, I was able to quickly design and implement the strategy using the drag-and-drop feature.

Firstly, the strategy would start at the close of every 15 minutes candle; using the onCandle function as the starting point.

Since I was creating a strategy across five different pairs, I had to create a branch for the strategy design of each pair.

For the trade execution, the CCI with a time period of 336 was the main trend indicator.

I also used the previous and current values of the 20 EMA and 80EMA to get the crossover signal.

The above trading logic was subject to the main trend indicator; the CCI indicator with a time period of 336.

I have realised that the sreen grabs for the strategy design may not be too clear, so I have added a link to my strategy page.

So far, the strategy has executed six positions with four wins and 2 losses across several pairs. 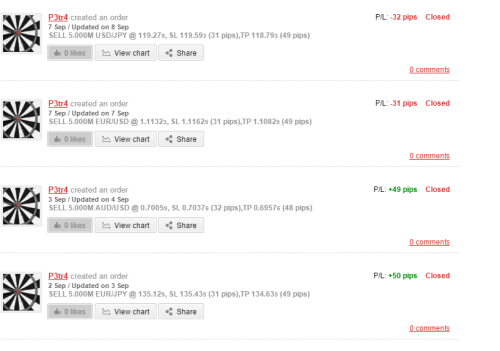 I have stacked the odds in my favour by making sure my wins are greater than my losses. 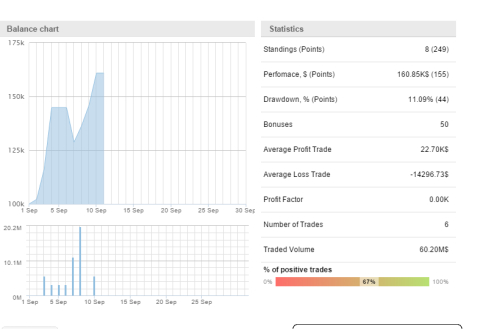 I still need the strategy to open 14 more trades to meet the contest requirements, with over two weeks of trading left, there is still a strong possibility of the strategy doing well. At this point, I should mention that as at the writing of this article, my strategy is currently 8th on the strategy contest table.

This is definitely the strategy I will be sticking with for the reminder of my participation in the strategy contest. I know I may still need to make some improvements, but I will do a final evaluation by the end of the contest month. I gladly welcome contributions and comments, because this strategy is a product of information and tips I have learnt from several other community members.
Translate to English Show original Toggle Dropdown