Community
Article contest
Oil Light Correlation with Russian Ruble
I in this article will try to show the example graphs of correlation and a forecast of the Russian ruble.
Why oil and the ruble should/can be connected? Briefly, the model is this: the exporters sell their oil for dollars and then sell dollars to get rubles for settlements within the country. The mechanism is extremely simplified, it is necessary to consider the volume of production and sale that escort is not only oil exporters do not always sell dollars on the currency exchange rate impact of Central Bank interventions, etc. Nevertheless, we assume that the model more or less work, i.e. that there are fundamental reasons for the relationship of oil prices and the ruble. 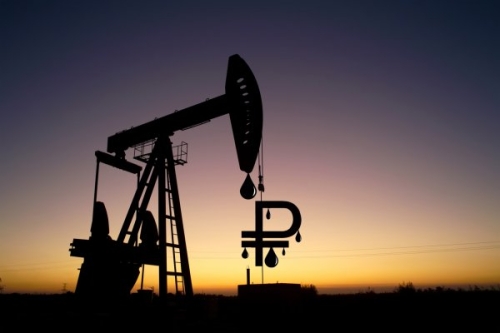 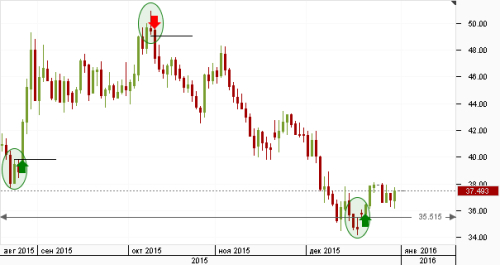 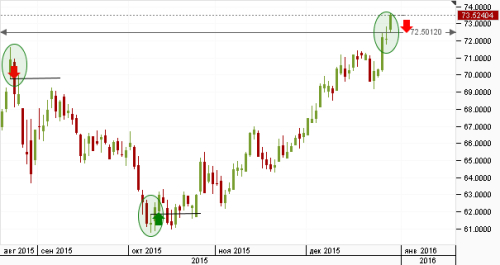 Both graphs give a real idea of the correlation between the price of crude oil and the ruble.
On average this correlation is in the range 0,75-0,97

Figure: did you make a wish? 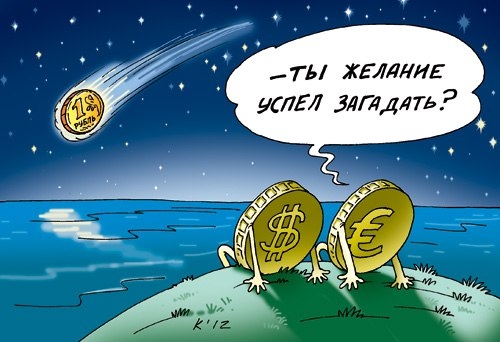 Investment idea is to catch the moment when the market formed a relatively clear strengthening of oil prices on the ruble.
From time to time the market there are some inefficiencies when a barrel of oil in rubles begins to decline. Much of this market process, because the supply and demand for the ruble is not a constant. Sometimes such situations arise when there is an increased demand for the currency, because in this period are planned large payments on foreign debts of Russian companies. Or, on the contrary, in the second half of the month we can see an increased demand for rubles for the period of tax payments when exporting accelerated sell currency earnings to meet its obligations to the state. In addition, the theory of the cause of the Central Bank may intervene with their interventions, as well as the Ministry of Finance. All this, combined with geopolitical factors in varying degrees on a regular basis helps the ruble value of the deviation from the barrel of a just and appropriate level. However, of course we must understand that if tomorrow the oil falls to 10% for 1 hour, the ruble depreciate just do not have time during the same period by 10%, and 5% will lose provisionally. As a result, the price of the barrel of oil will decline. That is the accelerated dynamics of black gold (rising or falling) can recoup with some delay, which also influences the formation of temporary deviations oil. 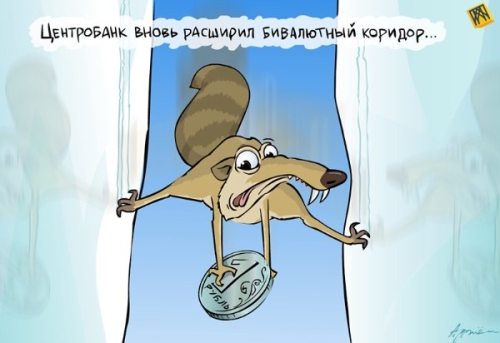 Coming in 2016 is characterized by low investment risks. I just select the main thing: the preservation of the geopolitical confrontation between Russia and the West, the growth rates of the US Federal Reserve. However, the Fed's monetary tightening will be slow and gradual. 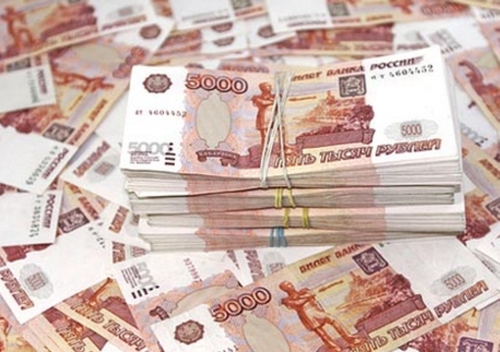 New year may give traders a reason to make good money. The main emphasis is on oil. Mitigate or even cancel the sanctions for Russia is not critical. The main role in the rise in price of oil is likely to play OPEC. Completion of a price war with the United States is not far off, which means that in 2016 possible serious reduction in quotas. Under this scenario, oil prices could rise to the psychological level of $ 50 per barrel.
In conclusion, I going to sell when the price level of USD/RUB will reach 72.5012
Translate to English Show original Toggle Dropdown