Community
Article contest
My Journey in the Strategy Contest

The strategy contest to me has been one of the most challenging contest for me in the Dukascopy community because i have traded manually for the past couple of years. Though I have been a member of the Dukascopy Community for over a year now, my first month of participation was December 2014.

I have been attempting to build a winning scalping strategy based on the EURUSD because of its high liquidity, huge market depth and low spreads. However it has not always been rosy as evidenced in the Fig1 below 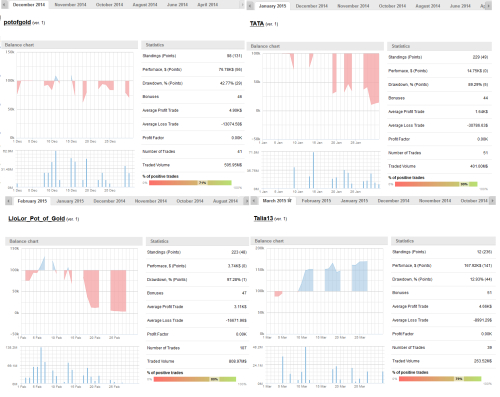 From the chats in Fig 1, the following points can be noted from the performance:

The strategy uses the 4-Hour time frame. This means that in a day there are 6 chances of the strategy entering into a trade.

The strategy makes use of four indicators, namely the EMA, SMA, MACD and Stochastic Oscillator.

The EMA is similar to a simple moving average, except that more weight is given to the latest data. This indicator counters the lagging weakness of the SMA indicator by weighting more recent prices more heavily.

A technical momentum indicator that compares a security's closing price to its price range over a given time period. The oscillator's sensitivity to market movements can be reduced by adjusting the time period or by taking a moving average of the result.
This indicator is used to identify possible points of oversold and overbought positions in a trending market. Buying in overbought markets may result in more losses and selling in oversold markets may result in losses if there is a market correction.

The size of the trade is 5 million.

Take profit levels is at 15 pips while the stop loss order is placed 30 pips away. No slippage will be allowed on the order. 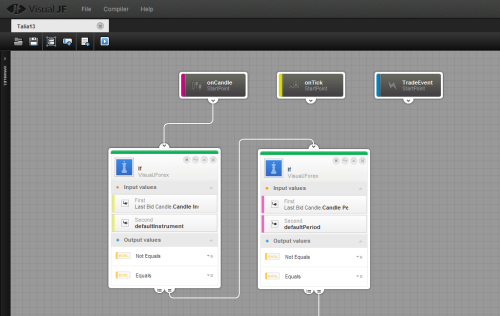 If the condition is met, then link it to the MACD indicator as shown in Fig 3 below. 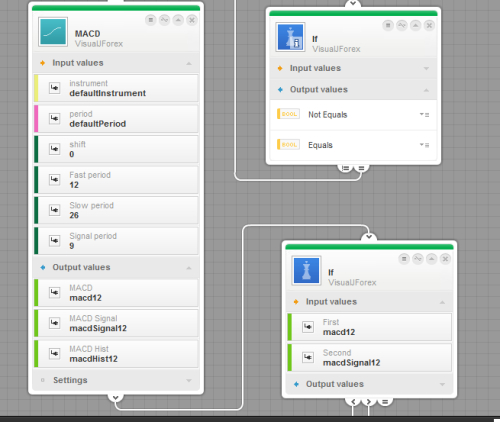 The output values will be the:
MACD, MACD Signal and MACD Hist. The trader can rename the results in a manner that will make it easier to understand.
In the settings, the offer side is bid and applied price the closing price.
Then link the MACD to a logical if indicator.
The first parameter will be the output result of the MACD
The second parameter will the result of the MACD Signal
The BUY signal path will be triggered when MACD Signal is less than the MACD
The SELL signal path will be triggered when the MACD Signal is greater than the MACD 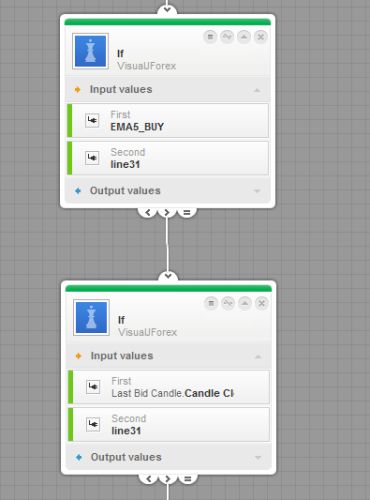 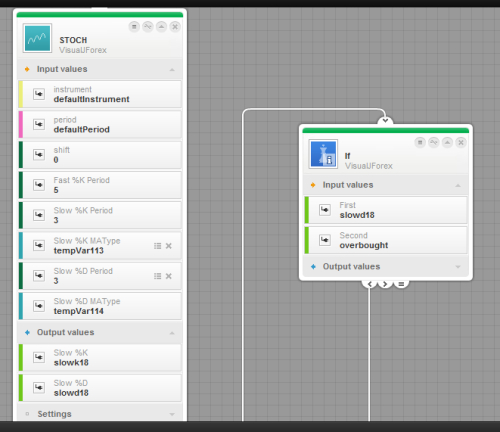 The Output values will be the Slow %K and Slow %D .
The STOCH indicator is then linked to the IF component whose first Parameter is the slow%D line and the second parameter is a variable created named overbought whose value is 70.
In the SELL, path the input parameters will be the same, but will create a parameter, labelled oversold whose value will be 30.

On the BUY path if the Slow %D line is less than 70 then proceed to open at market as shown in Fig 7 below. 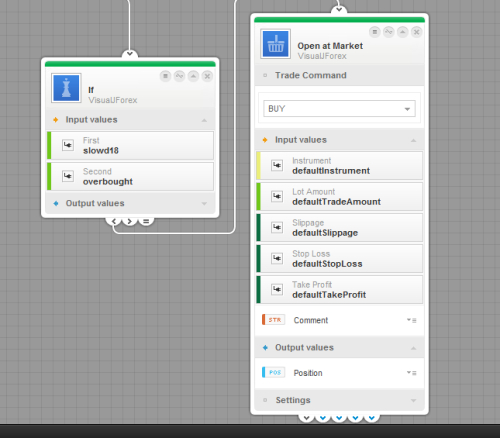 The SELL strategy will proceed if the slow %D is greater than 30. The other parameters on the open at market trading component will be the same.

The foundation has been laid and looks solid. At the moment I’m happy with the progress made to date. My objective will be to perfect the strategy to an extent of registering profits on a monthly basis for at least 3 months. Then I will take the strategy to the live accounts.

I hope this simple story has inspired a lot of traders. You have the destiny in your hands and anything is possible. If we remain focused we can achieve great and mighty things.