“A market trend is defined as a tendency of financial market(s) to move in a particular direction over time”. That is the definition according to Wikipedia.
https://en.wikipedia.org/wiki/Market_trend

Investopedia describes a market trend as “the general direction of a market or of the price of an asset.”
http://www.investopedia.com/terms/t/trend.asp

From the above descriptions, there are two main attributes of a trend. It must have a given direction, and it must have moved in that direction for a certain period of time. There are essentially two types of market trends; a bullish trend is when the market prices are steadily going upwards, while a bearish trend represents a steady drop in market prices. 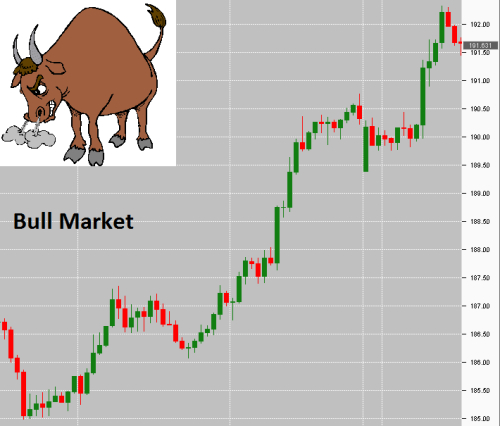 The problem with determining the trend is that there are many time frames to choose from, so what could look like a bullish trend on a 1-hour chart could be part of a bearish trend on a 4-hour chart. 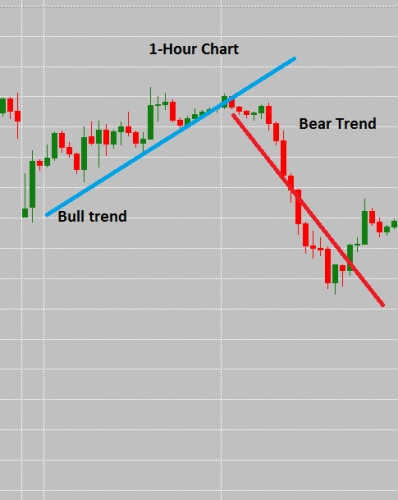 The same information seen on a 4-hour chart. 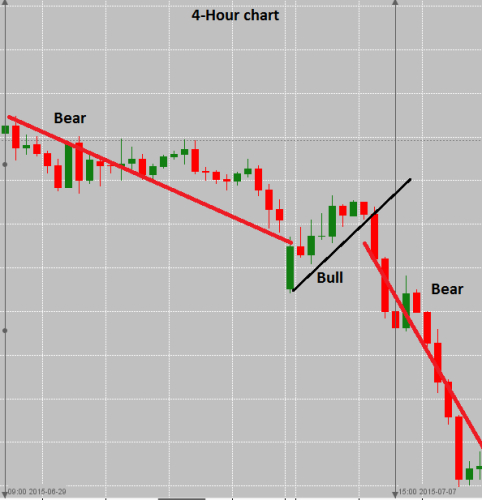 From the pictures above, even though the 1-hour chart shows a bull market or trend, the actual market trend when viewed from a 4-hour chart is bearish. So even though trades can be taken from smaller time frames, it is better and safer to take positions that align with the "bigger" trend.

10 candles from a 4-hour chart is equivalent to fourty hours.

10 candles from a 1-hour chart would give us ten hours worth of market information.

Comparing both time frames, it becomes obvious that the larger time frame holds more trading information. So the first step to taking any trading decision is to first determine which way the market is going, and this is better done with a chart that holds a lot of market information.

Knowing the right charts to use is not enough; there is also the issue of knowing what to look out for on those charts. Traditionally, when market price is making higher lows and higher highs; it is a sign of a bull market. While the formation of lower lows and lower highs is indicative of a bear market. 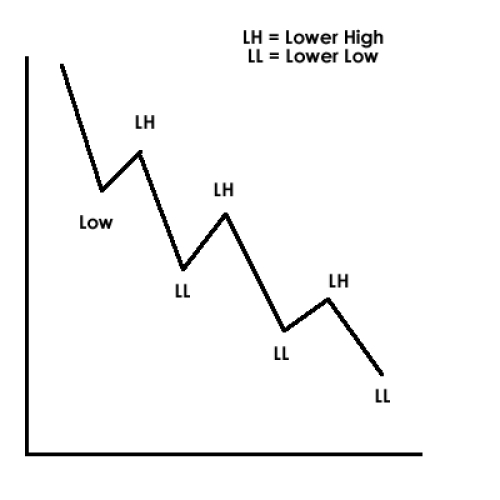 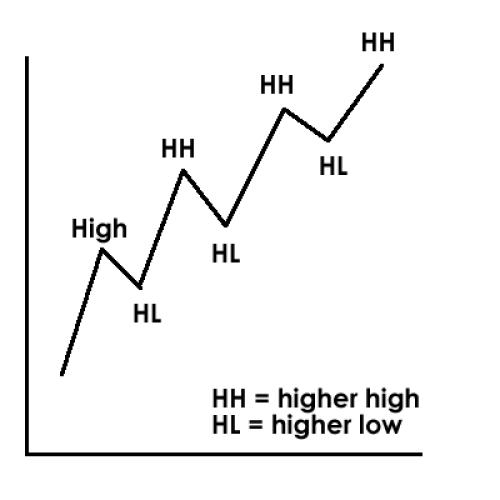 This approach is sound, but it is only useful when studying market behavior in retrospect. The trader has to wait for lower lows to be formed before the down trend is confirmed; and confirming the down trend does not mean that the market price will not continue to trend lower.

Rather than wait for price action to show or confirm a trend, would it not be better to have tools on the charts that easily tell you which way the trend is heading?

This is the reason trading indicators were invented; to simplify trading decisions and reduce the human effort involved.

Moving Average Convergence Divergence (MACD) is a momentum indicator used for predicting market price movements. It is primarily made of moving averages and is a very effective trend-following indicator.

One of the popular ways of using MACD is to trade its cross; a downward cross would mean a possible down trend is forming, while an upward cross would represent a potential up trend. I use the word “potential” because a cross does not mean the market prices will start going down. Instead of focusing on the cross, the cross should be considered as an early warning. The confirmation of the trend change comes when the MACD histogram switches from positive to negative. 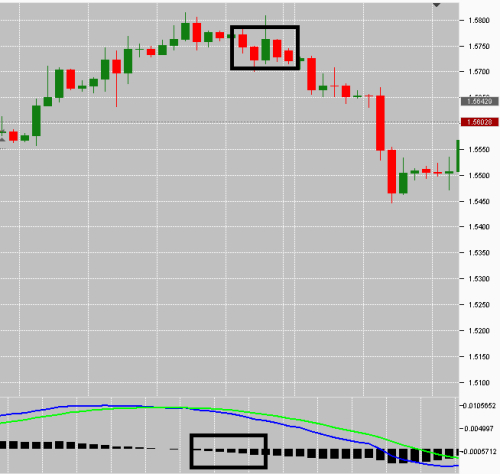 Having indicators does not mean a trader should have a laid back approach to analysis, and depend solely on the indicator for trading decisions. 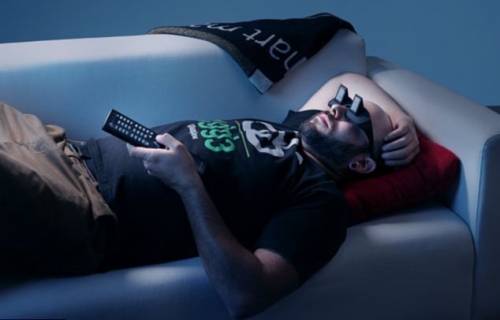 Trading requires an adequate amount of time and effort, and should not be taken lightly especially when real funds are involved. The beauty of having indicators is when our technical analysis meet the fundamental information in the market to produce high probability trades.
Translate to English Show original Toggle Dropdown