Trading is attracted by more amateurs traders because they thought its easy money but it’s not .

Trading is similar to high thrilling and dangerous sports like sky diving, rock-climbing and scuba diving. if you forget your safety/risk management for a single minute you will hit the rock bottom.

Amateurs dream about earning millions of dollars in short time period without proper knowledge and they will come with their hard earned money and lose most of them. These games provide intense pleasure but it’s like double sided sword it cuts in both directions and many participants ignore the risks and take chances to get lucky but in the long run their luck will run out. Most traders lose because of greed, fear, hope and regret.

An athlete who wants to enjoy risky sports has to follow safety rules. When you reduce the risks, you gain an added sense of accomplishment and control. The same goes with trading.

I am going to explain about one of the main pillar which is most important for successful trading it is “Trading Psychology” because most of amateurs are aware about other two pillars.

Let’s take an example how trader’s psychology effects their trading.

Trader put a trade based on their fundamental or technical analysis and hope for good profit. Before entering to trade they will take profit and stop loss but once their enter the trade, they start feeling greed, fear, hope and regret.

If that trade is going to hit stop loss level instead of existing they will start hoping to become profitable trade and thinking it can’t go that much low if it goes as well it will come to normal level after some days but truth is it will come after 2 or 3 months by that time trader will lose hope and exist in huge lose and once again regret for their poor decision of not existing early at his initial stop loss level.

After gone through this kind of situation they lose control and majority of traders spend most of their time looking to the charts and couldn’t enter trades .if they enter as well they can’t make right decision which leads to blow up their account and thinking like trading is not for us and quit or come after couple of years by collecting they hard earned money to trade once again hoping to get lucky. So psychology plays an important role to become successful trader.

“Anybody can succeed in trading only if they can handle their trading Psychology” emotional trading is lethal.
To ensure success, practice defensive money management. A good trader watches their capital as a professional scuba driver watches their air supply”.

All were saying that one who enter the trading as beginner will lose money. Only 10 person will win out of 100 people. As per my knowledge all traders are good at making money in trading but they lose 1-2 trades out of 10 but 1 or 2 trades enough to make their account nil.

Why they lose these 1 or 2 trades?

While making good profits in trading trader will get greed and to make millions in short time they will plan to use more leverage and get rich quick but due to high leverage they can’t afford much stop loss level if the trade starting going down they don’t stand a chance to survive and it’s enough to made a account zero.

I will explain with another example, in poker to get profit we will use all in option to steal the blinds. The attractive part of this option is if we won we will get the blinds money risk is we will kick out from the game itself so, it’s very important to survive in the game. Before taking huge risk always keep back-up plan so that you will always be in the game. If you survive in the long run automatically we will start making profit.

Psychology is very important in the winning/loosing.Unfortunately only few have a control on losing of trades those are considering as a winner in trading.

There is a statement in Indian constitution book saying if we can’t punish 100 criminals then no issue but don’t punish a good person. Same way if we miss thousand good opportunities no issues still more opportunities to come, but if you do a single bad trade that’s enough to kick you out of game. So don’t too much greedy and don’t ride the loosing trades hoping them to become winning one. 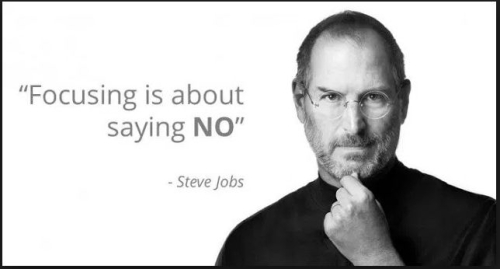 If you made all above mistakes and lost all money and didn’t have backup plan still no issues friends we have a back-up plan that is Dukascopy it’s always there for us.Use this key to open a winning room lock in the trading.