Back in high school, our English language teacher told us a story. Many of you may have heard it narrated in one way or the other. It went something like this:

A well known public speaker whom we will call Mr. Maneno, was giving a speech at an important event. Twenty minutes or so into the speech, people who were seated next to the speaker’s wife noticed that the she kept blowing kisses at her husband even as he spoke.

When the ceremony ended, one of the ladies who had sat close to Mrs. Maneno, approached her and said; “You and your husband must be very much in love.”

“I noticed that when your husband was speaking, you kept throwing kisses at him” the lady replied.

“Oh that! Well, my husband and I have agreed that whenever he is giving a speech and I feel he is speaking too much or the speech is becoming boring, then I should blow kisses at him. It is coded body language for - Keep It Short Stupid.”

We can apply the acronym KISS to forex trading with another code: Keep It Simple Stupid.

The operative word here is - simple.

Many of us traders over-analyse the market using all manner of tools to try and find the perfect opportunity to enter or exit the market. When the profits are not forthcoming, we then wonder how can this be - and we had the perfect setups and signals?

The question is: how much analysis is sufficient or in other words – which tools are sufficient for successful trading?

To answer this question, think back to your very first trades - then ask the following and other questions?

a) What was my entry or exit signal?

b) How many indicators did I use to decide whether to buy or sell?

c) How did I interpret the fundamentals?

d) How many media reports and analyses did I consult?

e) Where was the support?

f) How many momentum indicators did I use and what were their readings?

Well, learning the basics of retail forex trading is simple and straight forward. You simply buy one currency while selling another at the same time. The next main consideration is the leverage employed. To most new traders, once that knowledge has been acquired, the next step is to try it out with a demo account.

My first trade many years ago was a big winner. I simply took a single trade position on USD/JPY; with little if any analysis. I did not know much then – not that I know a lot now; but I have gobbled up plenty of forex trading knowledge since then.

I was trading on a demo account of USD 100,000. This first trade had no stop loss order. There was no take profit order, either. Interestingly, in about two weeks I made more than 100% profit on that single trade!

Later, after I became learned in forex, I found it difficult to replicate that performance.

THE FOLLY OF TOO MUCH KNOWLEDGE

Have you waited to trade fundamentals and the data came out with huge divergence between actual and expected figures – and yet market did not react as expected?

Have your oscillators and chart overlays given you reversal signals and yet the market kept going higher and higher or lower and lower?

What about the signal service you subscribe to? How many such signals have failed to produce profits? 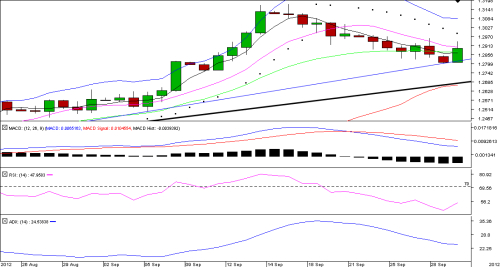 The chart above has 7 indicators besides the trend lines. It is not unusual for many traders to use seven or more indicative tools. Are all these indicators really necessary? No.

When you engage in exhaustive analysis in order to generate supposedly perfect entry/exit signals, the result is confusion.

Many of those who have made good money in forex trading seem to employ simple strategies. A certain forex trading veteran has said that most of his best protégés were high school graduates; i.e. people not well versed with in depth analysis or the skills required for such analysis. No university degree. No MBA.

The information and knowledge available to you as a trader is so extensive that you can reasonably process only a tiny fraction of it. Furthermore, most of that knowledge is really not useful for profitable trading. Too much knowledge may quite literally lead you to a trading maze – where that perfect combination of a large number of trading tools is in effect, a web of confusion. A person in the middle of a maze such as the one shown below, cannot be expected to be productive. S/he has to first deal with the maze. 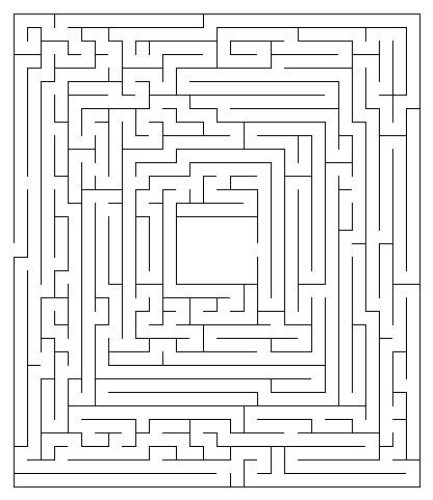 THE STORY OF THE GREEDY HYENA

For those of you who have not been on an African safari, the following story may appear strange. It is a popular African fable. It goes like this:

One day, at about lunchtime, a hungry hyena picked up the aroma of meat being roasted over an open fire. He began to walk along the footpath in the direction of the aroma. Presently, he came to a junction where the footpath forked out in two different directions – one to the left; the other to the right.

“Which one do I follow now?” the hyena wondered.

After a rather intensive thinking session, the hyena decided that there was only one way of ensuring that he did not miss his destination – the meat roasting den.

He had to take both footpaths simultaneously!

He began to walk astride both forks of the footpath; his left legs walking along the left fork and his right legs along the right fork. Step by step, the hyena walked. Soon, he felt considerable pain with each step; but edged on by the hunger he felt, he pushed on.

Finally, the poor hyena split into two and died. 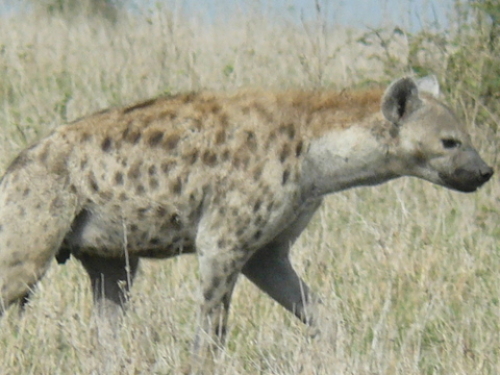 The moral of the story is to avoid greed.

There are two dangerous forex trading emotions; fear and greed. They are like two sides of a coin. Fear of missing profits or taking losses could make you amass a large arsenal of trading tools in a vain attempt to improve trading results. With greed, you want huge profits; you don’t want to miss any market move and you want all your trades to be profitable. Unfortunately, using many trading tools will only bring you confusion and trading death when your capital is gone. Just like the hyena. Indeed, one of the characteristics of a hyena is confusion. The animal will often run around in circles. It is also a scavenger specialising in eating left-over meat. Besides, it does make some noises that sound like screaming or hysterical laughter.

IT IS BETTER TO EMULATE THE LION

As a trader you could choose to behave like another animal of the African bush – the lion. It is called the king of jungle. Like royalty, it is never in a hurry. It is self-assured and confident. Its hunting methods include going to where the prey is and waiting patiently for the right time to pounce on its prey without using too much effort – otherwise the lion spends most of the day relaxing. 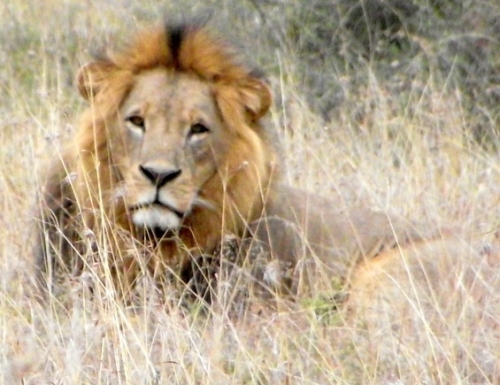 We can also choose to become kings of the forex jungle by clearly identifying where the potential profits are; and simply waiting for the right time to trade. There is no need of using too much effort or getting lost in the confusion of many trading tools.

Join me next week as we look at practical examples of how we can keep forex trading simple and profitable.