this is the fourth article in my series Bollinger Band Strategy for Trending Markets. In the first article (December 2014) I described how you get in and out of the trade when we are in a trending market. In the second article (January 2015) it was all about managing Stops and Take Profits. The third article (February 2015) was part 1 of how to determine a sideways market.

This is the part 2. In this second part we go further into the selection of the underlying moving average.

I keep the selected chart with the same settings as in my last article so you can easily compare the different settings. So, let’s go with the EURUSD pair on a daily chart.

First of all, I want to include the standard Bollinger Band settings. The underying moving average there is the EMA – Exponetial Moving Average. 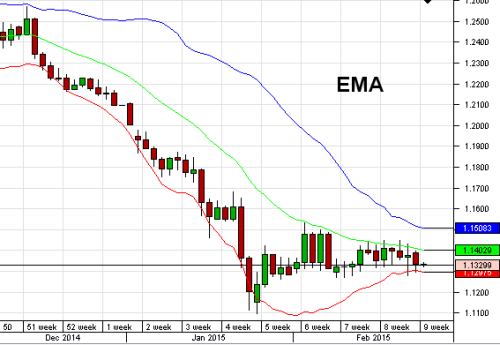 When comparing to the following charts, you see the flaws of the EMA and how you can select a better match. 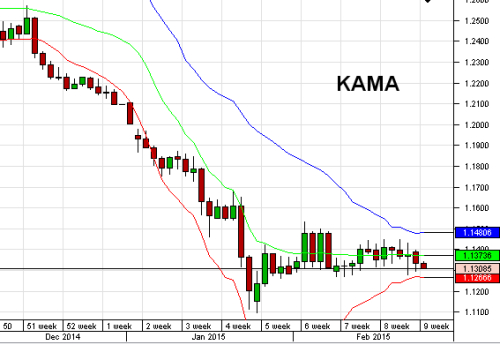 The Kaufman adaptive moving average KAMA was developed by Perry Kaufman. He presented it in his book "Smarter Trading" in chapter "Smarter Trendfollowing". This title says it all - follow the trend smart and warn us in sideways action. The KAMA reacts much faster than the EMA and we get the flat line very early at the end of week 5. This keeps us out of any new trades - Perfect! 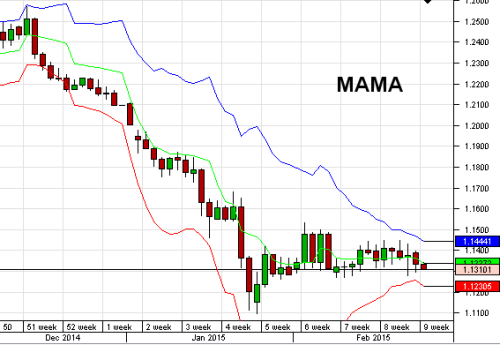 The MESA adaptive moving average MAMA moves in stages. We get many flat signals, even during the downtrend. It reacts adaptive to fast movements and this does not make it very usable. 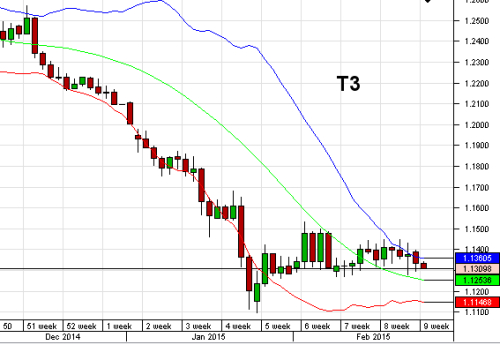 The T3 moving average T3 was developed by Tim Tillson. It incorporates a special smoothing technique which plot curves close to a sinus line. This has advantages and disadvantages. Due to its massive smoothness I don’t like to use it to determine a sideways market. What I do like, is to use it at the beginning of a trend as a confirmation. As you see in above chart, it was already falling before the downtrend started. After the price broke to the downside, I switch to the standard settings (EMA) and follow the trading plan. 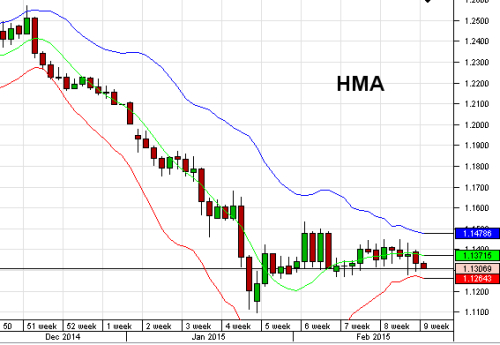 The Hull moving average HMA was developed by trader Alan Hull. It was made to overcome the lagging factor of all other moving averages. It is extremely close to the current price and reacts very fast. Accoring to this one, The downtrend was over at the end of week 5 and we started a moderate uptrend. This kept us out of any new downtrends, but the uptrend was not tradable either. As I wrote in the last article, I kept the setting of 20 for the days throughout all averages to make them comparable. To mimic the HMA with a 20 setting, you could also set a standard moving average SMA or exponential moving average EMA to 10 or even 5. 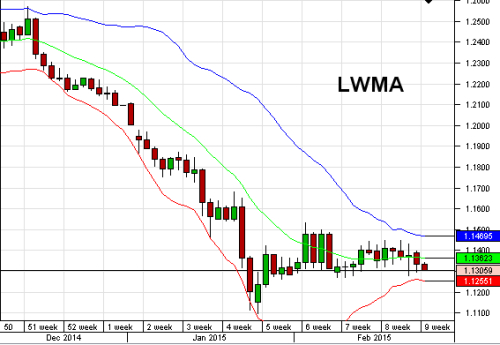 The linear weighted moving average LWMA is comparable to other standard averages with the small advantage that it moves closer to price especially in sideways markets. We got our “flat” signal around week 7, which is somewhat late, but way better than the standard EMA setting. 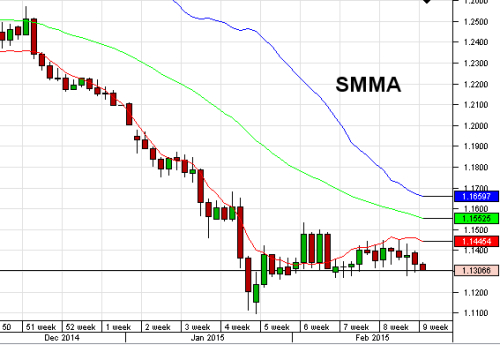 Last but not least, I want to include the smoothed moving average SMMA which is kind “off the charts”. As it takes previous results into account it is lagging a lot. The middle line looks more like a 50 or 100 period setting to me. Unfortunately, not usable with standard setting of 20.

As stated in my part 1 the key is to switch around different settings. Jforex makes this such an easy task for us.

Out of all the moving averages here, I like KAMA, the Kaufman adaptive moving average the best. This is the one which visually gives us the best alert signals when we enter a sideways market.

There are many other ways to determine sideways price action. I have reasons to stay with the Bollinger Bands here. The main one is, that the whole trading system is based on the Bollinger Bands. I want to keep them – and only them – permanently on my chart. The only alternation I make is the underlying moving average in case I’m not sure what is going on. As soon we moved out of a sideways market, I switch immediately back to the standard EMA as my middle line and follow the trading plan.

I like to take this opportunity to thank all my friends for those likes and comments so far. For my first winning article in December (2nd place) I will schedule a good time with Dukascopy and present everything in a webinar and hope to see you there.