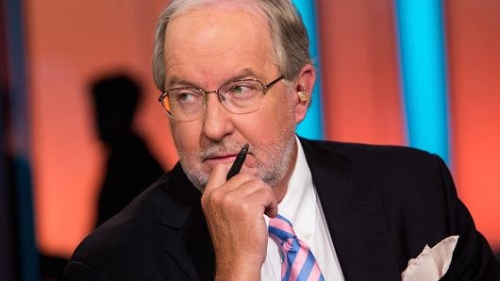 Dennis Gartman has been involved in the stock market for over three decades. He has also traded the foreign exchange and money market instruments. He is very familiar with trading Treasury bonds, Treasury notes and futures contracts.

To say Dennis Gartman is an experienced trader would be a gross understatement. For a man who has traded for so long, and has gained a wealth of experience; he has some basic trading rules and tips which have helped him in his trading journey.

Rule #1
Never add to a losing position. It is usually hard to admit when a trade goes wrong, but this happens quite a lot. And there is a tendency to add to that losing trade in the hopes that the market trend will reverse, Gartman advises against this. A better option is to close out the position and re-group, or let the trade close on its own without investing more in a bad trading decision.


Rule #2
Trade like a mercenary guerrilla; this means been sensitive to the general trading climate, and be ready to change strategy as the trading climate changes.

For example, if we were long on the EURUSD, and we start to notice unfavorable news releases which could have a negative impact on the EUR, and cause a decline of the EURUSD, we should be quick to close out that long position and short the EUR.


Rule #3
Gartman divides capital into two kinds: mental capital and actual trading capital in an account. He considers the mental capital to be the most valuable of both, and that holding on to losing positions can be a severe drain on our mental capital.

Rule #4
Gartman advises against the notion of buying low and selling high, rather one should look to buy high and sell higher. This concept is particularly true for the stock market, because investors try to buy a stock when it is cheap, in the hopes that the stock will appreciate.

It’s the same reason currency traders buy into a bearish market, saying it is oversold and should start heading up. Gartman says “buy high”; essentially he advises going with the trend. This would mean buying high in a bullish market and selling low in a bearish market.

Rule #6
Gartman supports Dr. A. Gary Shilling’s quote “markets can remain illogical longer than you or I can remain solvent”. Not all market moves or trends can be explained, but most markets usually have a direction, so the goal should be to trade with the trend and keep our exposure within controlled levels.

Gartman actually has 22 of such rules, but I have chosen to share the first seven. These rules may look like common sense, and things traders should do by default, but that is not always the case. Sometimes it is necessary to remind ourselves of some right trading rules and habits.
Traduire en Anglais Montrez l'original Toggle Dropdown