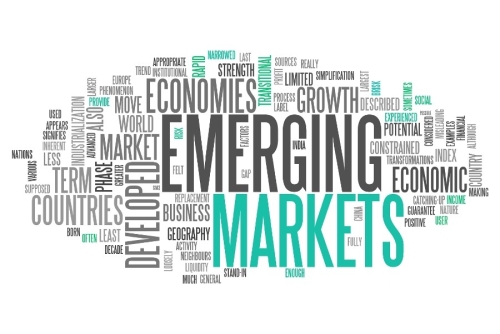 Emerging markets have been described in many ways:


The common denominator in both definitions is that emerging markets are rapidly expanding markets that are not fully developed. The ten largest emerging markets in the world are: Argentina, Brazil, China, India, Indonesia, Mexico, Poland, South Africa, South Korea and Turkey. 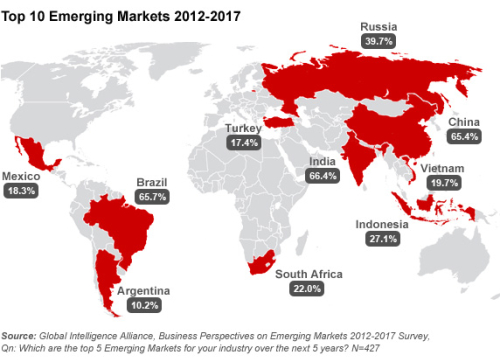 As at 2008, based on their Gross Domestic Product (GDP), emerging markets were listed among the top 10 largest economics in the world. 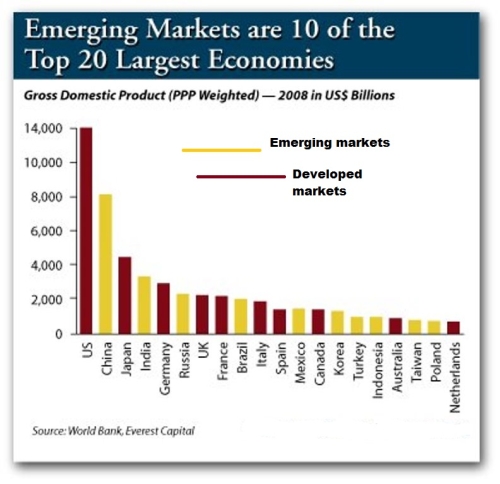 The essential characteristics of emerging markets are:
The presence of a large and growing populations in these emerging markets provide a strong consumer base for foreign investors and companies. 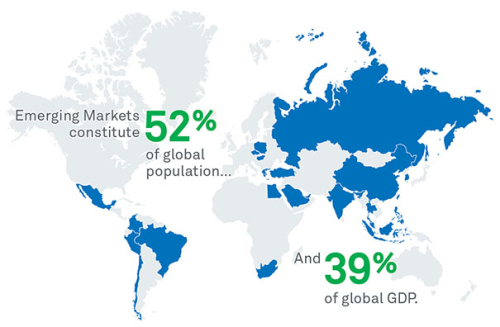 These high populations have also led to a high demand of technological products and services from more developed markets. Some of these products include smart phones, laptops, iPads and other similar tech gadgets.


A Credit Suisse Group report, which covers 2008 – 2013, shows emerging markets as one of the highest consumers of smartphones from China's smartphone sector. 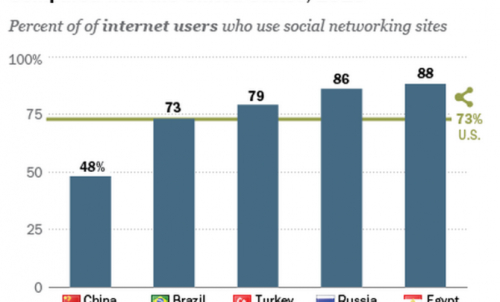 Emerging markets rank among the highest when considering the number of Facebook users in their countries; the reasons for this could be their youthfulness and hunger for technological innovations. 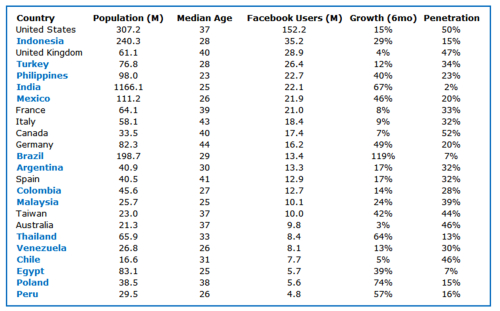 As can be imagined, this has made emerging markets the sole target of several Ad and marketing campaigns. There has also been a large flow of direct foreign investment into these regions, as investors looked for ways to tap into the potential of these readily available markets.

Between 2002 and 2010, these direct foreign investments were in an excess of over a 200 billion dollars, spread among several emerging markets. 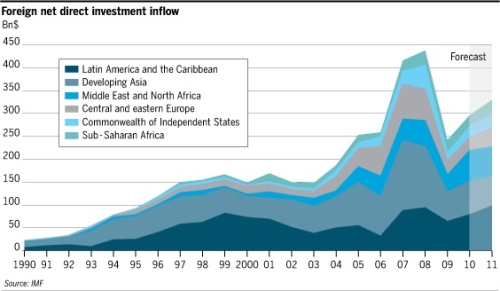 Between 2005 and 2013, emerging markets have consistently out-performed developed economies in terms of GDP growth. Even the 2008 financial crisis which had global stock markets taking heavy losses; emerging markets still came out ahead. 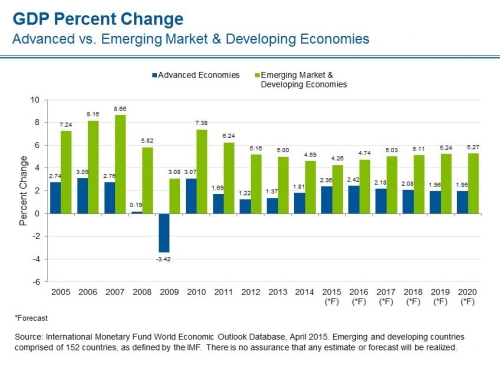 Emerging markets offer many forms of investment opportunities, the common approach is to invest in growing companies within these countries and take advantage of the available demand for goods and services. Another profitable but risky alternative is to trade the currencies of these emerging markets.

Below are some of the common emerging market currencies available for trading:

An example of this was when international sanctions were imposed on Russia by the European Union, the Russian Ruble lost a great deal of value within a very short time frame.

By the end of the year, the Russian Ruble had declined massively. 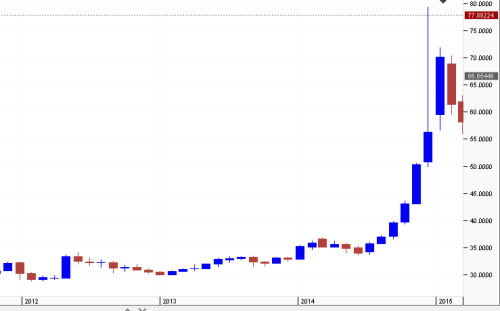 Now, depending on which side of the market an investor is in, such an investor can make a lot of money from these large market swings or incur a great amount of loss.

Because of the high political and economical risks associated with emerging markets, their currency markets usually experience illiquidity, and have a very high bid-ask spreads. So it goes without saying that these markets have to be traded cautiously, and with minimum risk.

General growth in emerging markets have declined significantly, and this has been as a result of the low commodity prices. Commodities such as crude oil, sugar, cocoa, gold, copper, silver and platinum have experienced major decline in their prices; and since most emerging markets are commodity exporters, the low prices have had a negative effect. 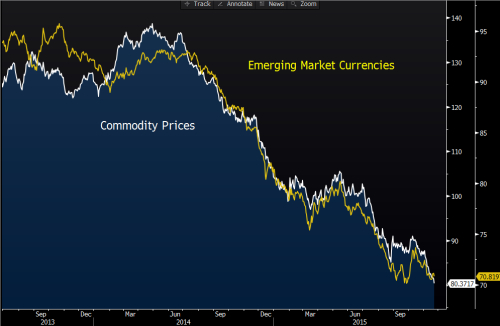 There is a lot to learn about investing in emerging nations, and while there is a big profit potential, it is also necessary to understand that the political and economic volatility of these nations can drastically increase an investor's financial exposure. The best way to invest in these markets are cautiously, and with professional expertise.

I hope you have enjoyed the article, and I gladly welcome comments and observations.
Translate to Inglese Show original Toggle Dropdown