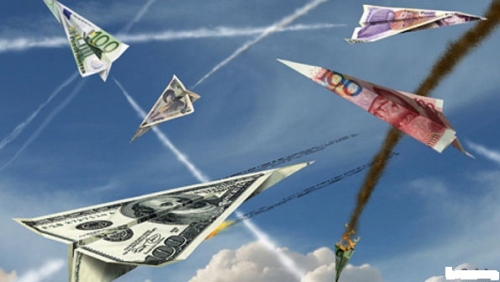 The Forex market is a market made up of several world currencies; which are constantly fluctuating, thus providing an opportunity to make profitable transactions as these currencies appreciate and depreciate. The factors which affect the depreciation and appreciation of a currency are unique to the economy which uses the currency.


The general principle is that healthy economies give rise to healthy or appreciating currencies; so we tend to see a currency appreciating as its economy improves.

This article will look at the indexes of the three currencies listed above; the analysis is purely from a technical point of view. We will examine some fundamental factors which are responsible for the currency’s appreciation or lack of it. The article will also evaluate the current position of the indexes; so that the information obtained can be useful in the nearest future.

The USD index has been in an appreciative state since since May/June 2014. There were several factors responsible for this rise, and they all gradually led to a six-month USD rally.

The United States Dollar started its appreciation when the Federal Reserve hinted that they would be winding up their Quantitative Easing (QE) program. After this, positive data started coming out of the United States showing that the economy was flourishing; this sentiment heavily favored the USD. The USD got another boost as crude oil prices nose-dived; and commodities prices started declining. 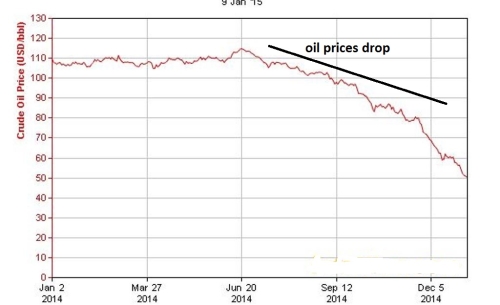 It all ended with the United States Gross Domestic Product (GDP) hitting its highest level since 2012.

These are all fundamental factors which caused an appreciation of the USD currency against all other major currencies.

From the technical point of view, I am going to be reviewing the index charts using the daily time frame and a single moving average.

Every time the Dollar Index went above the moving average on the chart, we notice a prolonged appreciation. Not everyone has an index chart; but the reaction is almost the same on a regular chart like the EURUSD.

Why am I using this moving average?

It is a Simple Moving Average (SMA) that weighs price over a twenty-day period. I am working with the active twenty trading days in a thirty-day calendar month.

The reason is simply because it is reliable. About a week ago, the GBPJPY ended closing below the moving average; that signaled a strong possibility of the market going down.

And all through the week, we experienced a swift drop from the pair.

This is not a trading system or strategy; what I am trying to achieve is a way to look at the daily chart and easily understand which currency is appreciating or depreciating. And this is achievable without necessarily having an index chart.

but right now the index is above the SMA again. Depreciation of the USD index is a possibility, but will definitely take sometime to unfold.

Next, we look at the Great British Pound index chart.

Even though the GBPUSD has been going down due to USD appreciation; the GBP started losing momentum at the close of last week. That was when the GBP index closed below the moving average.

This close further accelerated the decline of the GBPUSD, which was already down,

and kick started the drop on the GBPJPY.

The GBP index is also below the SMA on the daily chart, but we can see some consolidation happening.

On the 4-hour chart, the GBP index is showing some appreciation and already above the SMA. But consolidation on the daily chart can be followed by more depreciation of the currency index.

China is Australia's largest export market, so the performance of the Chinese economy has a direct impact On Australia's exports. After an impressive growth rate in the last quarter of 2013, China's growth rate slowed significantly in 2014.

This reduced growth rate had a negative impact on the AUD. The AUD index was down towards the end of 2014, but managed to end the year above the moving average. 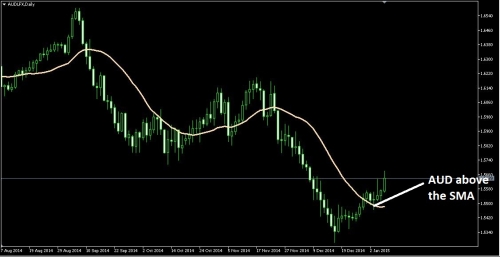 This was a sign that the currency had begun to appreciate; but this was not evident in the AUDUSD at the time, because it was still under the moving average .

But we see this effect felt strongly on the EURAUD and GBPAUD. In a world where everyone is blind, the one-eyed man is going to be king.

The EUR, GBP and AUD were all in a depreciating state; so once the AUD started appreciating, it naturally prevailed against the others.

After almost a week above the SMA, the AUD index is starting to show some depreciation. The daily candle has not yet closed, but the index is still above the SMA. This could be a pull-back before more appreciation, or the end of the AUD rally.

The AUD has been down for the better part of today on the 4-hour chart, but it is still above the SMA on daily chart, so it is still in appreciation.

There is no hard and fast rule for trading the markets, you just do your best and hope your stop loss keeps you in the game. It is also important to know which currency might be on the rise and which isn't, before taking a trading decision. The SMA on the daily charts is one way to do this. To get early signs of trend change, the daily charts would take too long, so the 4-hour charts can be handy.
Translate to English Show original Toggle Dropdown