Community
Article contest
China at the Centre of a Global Storm 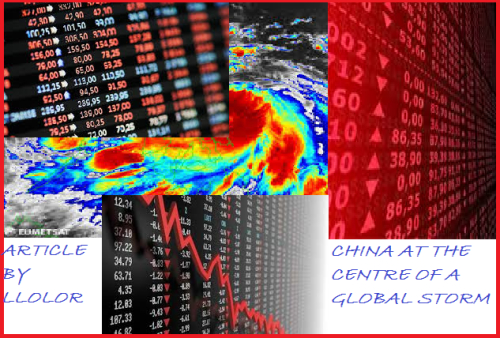 The global financial markets are in quandary and China is at the centre of it all. Like the epicentre of a massive earthquake the shocks are being felt far and wide, and like the eye of a storm, it is gathering momentum by the day.

This article looks at how the slowdown in the Chinese economy is affecting the global economies and financial markets with particular interest on how the traders in the various Dukascopy contests can trade the events. The Chinese economy grew an annual 6.9% in the third quarter of 2015 the weakest since first quarter of 2009.

China is the world’s most populous country, and is fast becoming a global economic powerhouse with an estimated GDP of USD 10.3 trillion in 2015. China's economy is now the world's second largest economy by nominal GDP and the world's largest economy by purchasing power parity according to the IMF. Until 2015 China was the world's fastest-growing major economy, with growth rates averaging 10% over 30 years. However the Chinese economy has been slowing down in 2015. At this juncture we should not that the Chinese economy is not in recession but the rate of economic growth has reduced.

Recent third quarter data has confirmed the slowdown with a growth rate of 6.9%. Fig 1 below shows the annualised quarterly growth rates from China since 2013.

According to the latest GDP report the strength in services and consumption offset weaker manufacturing and exports. Services sector growth quickened to 8.4% in the three quarters of 2015, while the secondary industry, which includes manufacturing, weakened to a 6% expansion and fixed-asset investment expansion slowed to 10.3% the weakest growth since 2000. Consumption accounted for 58.4% of China's GDP in the period and capital formation for 43.4% while net exports trimmed 1.8% from the GDP.

Fig 2 shows the monthly annual inflation rates from China over the past year. China's annual inflation rate was recorded at 1.6% in September of 2015, down from 2.0 percent in the previous month. Food prices increased by 2.7% and the non-food category, cost rose by 1% while transport and communication declined by 2.1%. The low oil prices have been a big contributing factor in the decline in inflation across the globe and it’s not a surprise to see the decline in transport. However the slowing economic activity has not resulted in in a direct decline in consumer demand in the economy. 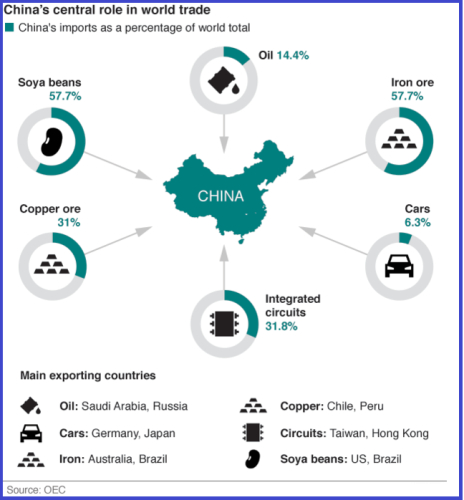 Ever since the indications of the slowdown emerged The People's Bank of China has been introducing measures to ease monetary policy and stimulate demand and aid the slowing economy.

The People's Bank of China cut its benchmark one-year lending rate by 25bps to 4.6 percent on August 25th, 2015 for the fifth time since November 2014 as highlighted in Fig 4 above. The benchmark rate is now down by 140 bps since then and has established a fresh record low.

China’s exchange rate is being controlled by the People’s Bank of China which manages the value of the Yuan. They do so by fixing the USD/CNY rate on each trading day. This is the exchange rate that applies to trade flows into and out of China only.
As part of the raft of measures to ease monetary policy the Chinese central bank changed the way it calculated the currency's daily midpoint against the USD. The method now involves taking the midpoint from market-makers quotes and the previous day's closing price. Following the announcement the yuan depreciated almost 2% against the USD to levels last seen almost three years ago. The USDCNY traded at 6.36 on Thursday 22 October 2015

In a bid to inject more capital in the system the central bank has been cutting the cash reserve ratio as shown in Fig 5. Cash Reserve Ratio in China has been dropped by 50bps with effect from September 6th 2015 as the central banks move for more accommodative monetary policy.

The woes in the Chinese economy has been further compounded by the crash in the stock market due to the slowdown in the economy and stock market bubble caused by leveraged investments. By 8–9 July 2015, the Shanghai stock market had fallen 30% and over a period of three weeks as 1,400 companies filed for a trading halt in an attempt to prevent further losses. On 24 August, Shanghai main share index lost 8.49% of its value and it became known as the day Black Monday.There were similar losses of over 7% on 25 August causing some commentators to call it Black Tuesday.

Dow Jones Industrial Average – On Black Monday, the Dow dropped 1000 points at opening, the largest drop ever. In the week prior to the day, the index had fallen over concerns about the yuan, low gas prices, and uncertainty over the U.S. Federal Reserve's moves to raise interest rates.

Impact on the Commodity Markets


Impact on the Forex Market

The impact of the slowdown in China on the forex market cannot be understated. There has been massive devaluation of the Yuan in the year. The AUD and NZD have also been losing ground as trade with China slows and commodity prices tumble. Close to home the Zambian Kwacha has been falling due to the falling copper prices and this is a story for another day.
Translate to English Show original Toggle Dropdown