Community
Article contest
Budget and High Performance Computers
In the Past 20 years trading via computers has exploded in size and ability, ever since 1987 and the technological boom in trading equipment people have opted for using PC's as opposed to the old style of "pit" trading - The classic view from old films where people are throwing small white sheets around to get order routed. This has effectively died with very little trading done this way nowadays.
There is good reason for this, people where inefficient and slow and markets were more erratic than today (hard to believe, I know). But a Computer can calculate price movements, use technical analysis, get news to travel faster etc.
For every trader here and 95% of those in the world, we need a computer. Now as a trader and IT consultant I know a fair amount about Computers and those specifically designed for trading. I firmly believe there are a few key components that are crucial in both budget and high end desktops.
1.Good Quality CPU:
The CPU is the brain of the PC if you will, primarily when purchasing one you would look for the Speed in GHz, this is the main thing but there are others but entry level buyers need not worry about anything else.
5 years ago, I remember a 2GHz dual-core processor was good but Alas, nowadays it's barely enough to run MetaTrader 4, JForex and a few internet browsers. I would recommend at least 3GHz.
There are two areas with which you can choose, AMD or Intel, For budget I would recommend an AMD Black Edition Phenom X2 3.2GHz for only around £80 ($130 € 96).
They are well built and perform very well, especially for the price. However if you were looking to go all out then you would have to look to Intel and a Core i7, Now with these, there is a huge range from £130 - £700 (€157 - 845). A very good Core i7 3.5GHz will set you back £200 or so and this will be plenty to run 4 screens with many application all performing at a very satisfactory speed.
It is important to find a Motherboard that suits the CPU as that's the main compatibility that will need to be overcome, that will cost in the region of £80-120 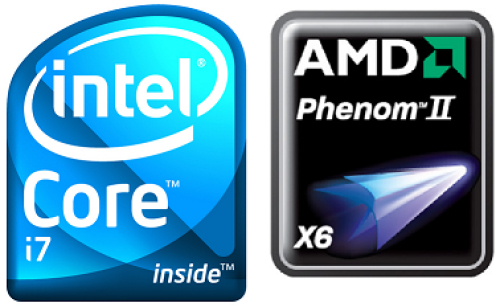 2. Plenty of RAM:
RAM in my opinion is the second most important and once again 1 or 2GB was plenty a few years ago, but that level just ins't enough these days. In the last few weeks I had to upgrade from 4GB DDR3 to 12GB DDR3 just to run the multiple trading platforms that I need.
However RAM has fallen in price so much in the last year that 8GB only cost around £30 or €36 and at that price it is very affordable. If you are in the market for a high-end trading platform and depending on the motherboard 16GB will be plenty.
A great website to check the compatibility and cost of RAM is Crucial.com they have a scanner which automatically detects suitable memory sticks. 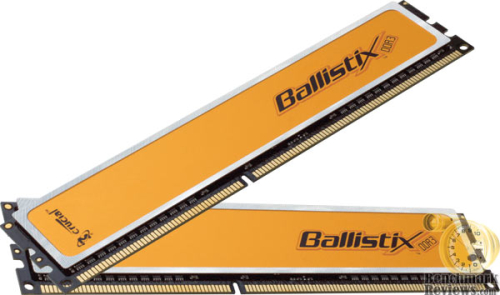 3. Graphics card and monitors:
Obviously you need to see that charts and the more the better, most motherboards have an integrated Graphics card (GPU) but a trading computer really needs a minimum of 2 screens, Personally I need 4 but on some trading floors, traders have 8-12 screens, now that is a little overkill but worth it if you are serious and have the ability to spend thousands on Screens and Graphics cards.
For more than 2 screens you will need more than one GPU but they don't need to be high-end gaming GPU's
For a budget PC an AMD Radeon 7750 2GB is perfect and at only £70 it is really good value. However like with anything for high end machines one can spend a lot but it isn't really necessary an Nvidia GTX 670 is fine but you will need 2 of them to support 4 screens, at £250-300 each they can add up.
for monitors a 22" or 24" is perfect You can pick up an LG 22" monitor for around £90 or a Samsung 24" for around £120

As I hinted all along it is much better to build your own PC as you get so much more power for your money. But for a beginner it can seem difficult to build your own, don't worry however as it is no more difficult than Lego. But if you don't think you can there are many companies out there that will custom build a PC to your liking and this can be the best way to do it.
To Sum up the overall cost of the Two different levels of PC's work out like this.
Budget level :
CPU - £80
RAM - £30
GPU - £70
2 LG monitors - £180
motherboard - £80
Power supply - £20
Tower - £20-50
£660
High Performance PC :
CPU - £200
RAM - £50
GPU - £550
4 Samsung monitors - £480
Motherboard - £100
Power Supply - £50
Tower - £60
£1490
As you can see one is over 4x the cost of the other but if you are a serious full time trader than spending that much on the most important thing in trading is a relatively small overhead and will only need upgrading after 2 years or so. That being said the Budget level is still a more than capable machine and can easily handle JForex and Metatrader 4 and many other Forex trading platforms.
If you've any questions or want to post your own specification in the comment section feel free to do so.
Thanks.
Translate to English Show original Toggle Dropdown