I find it useful to look at the big picture from time to time. In technical analysis terms, that usually means inspection of weekly and/or monthly charts. However, I rarely get to see analysis of "ultra-high" timeframe charts, so I decided to make a couple of attempts of my own. Previously, I analysed long term charts of the Euro and the Yen.

Today I'll have a look at yearly and quarterly Cable charts, covering the period from 1971 to 2015. While the yearly may be good for a quick overview of the price action, the quarterly chart offers more detail and makes trends, ranges and patterns more easily observable. I will be focusing on the latter for my analysis. 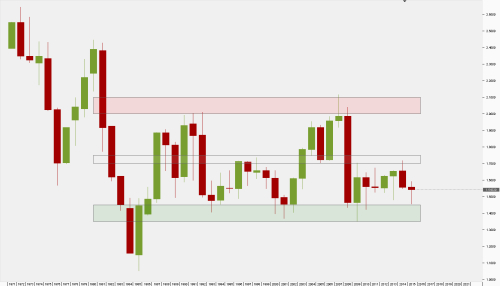 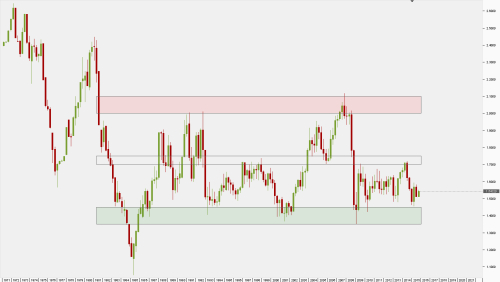 The Character of the Pair

The thing that I find the most fascinating on this long term chart is that it pretty much captures the character of the pair that is known to me from trading it on lower timeframes. Long lasting trends with deep retracements; sharp rallies and sell-offs; extended ranges; and plenty of fake breakouts. Were time and price scales removed, I might not have been able to tell that it's not a daily (D1), not an intraday (H1) and not a London session price action (M5) chart. Surely markets are fractal in nature, but this level of similarity across so many different timeframes is just stunning.

When world currencies started to float freely after 1971, the pair first tried the upside several times but it soon became obvious that the sterling would have to swallow some of its pride and adjust lower. During the first adjustment, it fell not only below 2.0 but to as low as 1.6. It then stubbornly climbed almost all the way back to 2.5 before it collapsed again, nearly touching parity. It rallied from there but 2.0 has since proved to be a formidable barrier. Fundamentally, these upswings are often attributed to unsound (interventionist) monetary policies designed to prop up the exchange rate and downswings to crises that were exacerbated by currency overvaluation.

Price action in the upper half of the range has historically been accompanied by higher volatility. I believe it would be the same in the future, should the pair revisit the upper half, because that would likely mean trouble for the dollar - the world's most widely held reserve currency. Mid point of the inner portion of the upper half (1.8750) seems like a decent interim resistance on the way to the top.

I expect the pair to stay in the lower half of the range for foreseeable future. Save for a big devaluation of the dollar via unorthodox measures, such as quantitative easing programs and negative rates, I don't see the pair reaching 2.0 anytime soon. 1.75 and 1.35 will likely be broken at some point but it may pay to fade that. All in all, there will be enough opportunities for both long term bulls and bears.
Przetłumacz na Angielski Pokaż oryginał Toggle Dropdown